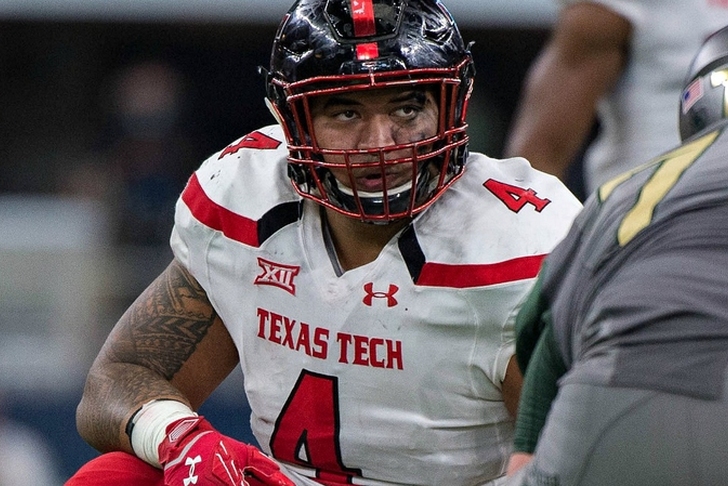 Texas Tech defensive tackle Breiden Fehoko is transferring from the Red Raiders after spending two seasons in Lubbock, and Alabama is hoping to get him on campus for a visit, according to 247sports.

Fehoko already has plans to visit Auburn, Louisville and LSU, and is strongly considering the Tide as well.

“These are big visits for me," Fehoko told 247sports. "Just want to make sure I don’t make a mistake. If Alabama rolls around and I get an offer, I probably will take one. You can’t be wrong about wanting to see that atmosphere.

“(Alabama) had hit me up last week or the week before. Then Coach (Jeremy) Pruitt just followed me on Twitter, so haven’t really hit me up consistently or made any real big contact, but they have contacted me. They said we’ll be keeping in contact with you in the next few weeks.”

Alabama has yet to offer Fehoko a scholarship, but if one comes, he said it would be "big time" and would definitely be at the top of his list.

Fehoko was a four-star recruit and rated as the No. 8 defensive tackle in the country in the 2015 recruiting class. He will have three years to play his final two years of eligibility after he sits out next season.