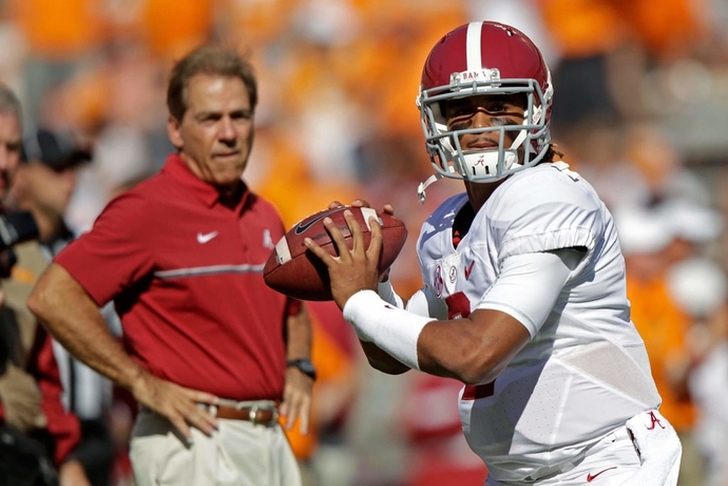 The Alabama Crimson Tide have won at least 11 games in six straight seasons and in eight of the last nine seasons under head coach Nick Saban, but one ESPN writer thinks that streak will come to an end this year.

ESPN's Edward Aschoff and Sam Khan Jr. picked the over/under win totals for each team in the SEC West based on the totals released by CG Technology, a Vegas Sportsbook. Alabama's total is set at 10.5 wins, and Aschoff predicts the Tide will be under that mark.

So, I like this Alabama offense a lot. I think Jalen Hurts will be even better, and that running game should be spectacular with all 10 of those NFL backs. But I think the defense takes a step back in 2017 because of all that front seven talent that vanished after being the heart and soul of this team. Alabama will be good, but not 11 wins in the regular season good.

Khan went the opposite route, predicting that Alabama will hit the over.

C'mon now. We know better than to doubt Nick Saban’s team at this point. Sure, there are some personnel replacements to make but they’re still head and shoulders above every other SEC team in terms of talent.

Alabama has the highest projected win total in the SEC and in the entire country. Their season kicks off on Saturday, Sept. 2 at AT&T Stadium in Arlington, TX against Florida State.