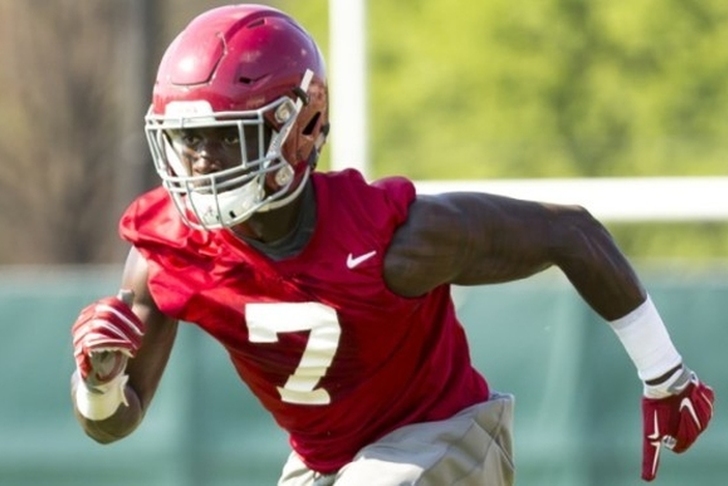 Linebackers Rashaan Evans and Dylan Moses are expected to see significant playing time as inside linebackers for the Alabama Crimson Tide this season (Evans is currently a projected starter), but both have recently spent time practicing with the outside linebackers, according to Rainer Sabin of AL.com.

Both Rashaan Evans and Dylan Moses, two inside linebackers, were working with the outside linebackers in individual drills. Evans would later move back to his usual position when the back seven of the defense went through the motions in the nickel package. It should be noted that both Evans and Moses have the capability to play inside and outside. It's also conceivable Alabama is preparing Evans and Moses for the "nickel rabbits" package that the Tide used with great efficacy against Tennessee last season. In that set, former inside linebacker Reuben Foster was positioned as an edge rusher.

Alabama is trying to replace Reuben Foster, Ryan Williams and Tim Williams from last year's roster, all of whom entered the NFL Draft.

Moses, the No. 13 overall player in the 2017 class, is versatile enough to play anywhere in the linebacking unit, and the Tide are also experimenting with him as an edge rusher. It's likely that he will play several different positions throughout the course of the upcoming season.

Evans appeared in 13 games last season as a junior and made a significant impact, racking up 52 tackles with 4.5 tackles for loss and four sacks.