4 Biggest Reasons Why Alabama Will Repeat In 2016 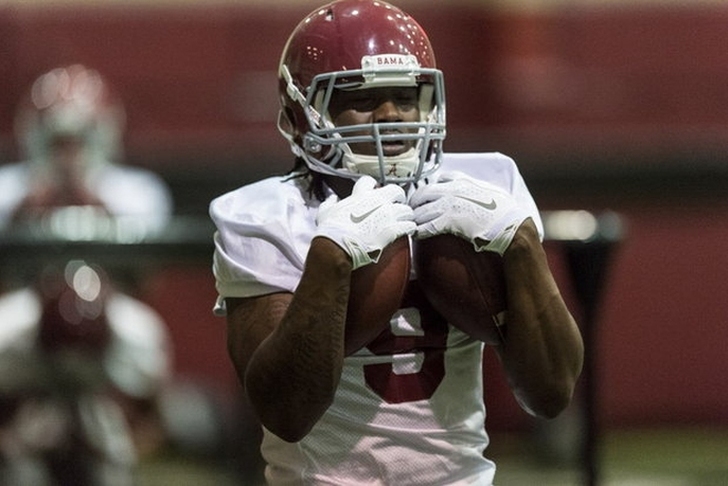 The Alabama Crimson Tide lost most of their championship core this offseason, including Heisman Trophy winning running back Derrick Henry and starting quarterback Jake Coker, but they are still in prime position to repeat and claim their fifth NCAA title in seven years.

The Clemson Tigers, Michigan Wolverines and others are sure to push them all the way to the finish line, but Nick Saban's squad should have the right recipe for yet another national crown. Here are the biggest reasons why.

4) Ridley ready to break out In his second year, expect wide receiver Calvin Ridley to take a big leap and solidify his place among the SECs top playmakers. As a freshman, Ridley led the team with 89 catches for over 1000 yards and seven touchdowns. Expect those numbers to trend up, particularly in the early going as Bama's new feature backs find their legs. Speaking of which... Replacing a runner like Henry, who set the single-season SEC records for rushing yards and touchdowns, will not be easy. With that said, sophomore Bo Scarborough has all the makings of another great Tide back. If he falters, fellow second-year Damien Harris should be ready to step into the No. 1 role. Neither is likely to shoulder the workload that Henry did, but both have the talent to put up comparable rushing averages.

3) O-line, D-line could be even better

Another reason to expect big numbers from Scarborough and Harris is the return of several starting offensive lineman, including all-SEC selection Cam Robinson. Ross Pierschbacher, an all-SEC freshman selection, should have a big second year, as should top JUCO prospect Charles Baldwin. On the defensive line, losing A'Shawn Robinson hurts, but the team is returning all of its other sack leaders.

1) Nick Saban has plenty of motivation Saban is one win title from matching Paul "Bear" Bryant's all-time record, giving the coach more motivation than ever to nab his fifth title in seven years. He also has the fuel of two recent losses to Ole Miss, which he will be looking to avenge in September. In general, the Tide's schedule is tougher than ever, but Saban always rises to the challenge when the stakes are greatest. Particularly now that he's crafting one of the greatest legacies in college football.