Why Old Dominion Turned Down $1.3 Million To Play Alabama 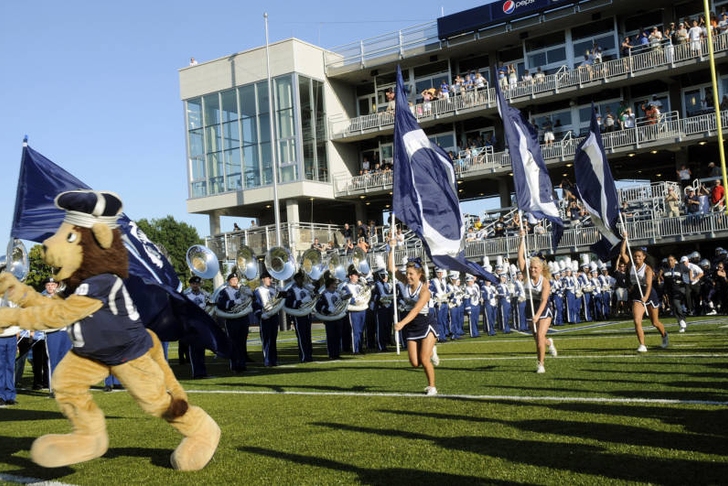 Old Dominion's football team - which will play their first FBS season in 2014 - won't be playing Alabama in 2015, despite a $1.3 million offer to play Alabama in Tuscaloosa.

“We’ve already got 12 games,” ODU Athletic Director Wood Selig told The Virginian Pilot. “I’d certainly touch base with (head coach) Bobby Wilder on this, but I don’t think playing a game against Alabama would be an advisable move given the infancy of our program.”

Alabama has two vacancies left to fill in their 2015 non-conference schedule, and lining up a brand-new program would likely give Nick Saban a chance to give his backups some some valuable playing time. ODU was approached by both Alabama and ESPN about the game, as the network was helping to facilitate the matchup.

“They are constantly trying to move people around in order to set up attractive games to broadcast,” Selig said of ESPN. “If they know you’ve got an open week or can handle another game, sometimes they will contact you. They often say, if you do that, we’ll consider you down the line for some type of television broadcast or help you get a home and home with a certain school.”

While the full schedule is a solid reason in itself, there were 1.3 million reasons why ODU might have wanted to shift it around...yet Selig held firm.

Not wanting to see his young program get thrashed on national television is legitimate enough, and the real line that stands out isn't the one about the full schedule - it's the "given the infancy of our program".

Giving up 70+ points on ESPN wouldn't be much of a recruiting bonus, and if Old Dominion can get their program off the ground (the Monarchs have several vacancies to fill later in the decade) before making the trip to Bryant-Denny stadium is probably best for all involved.