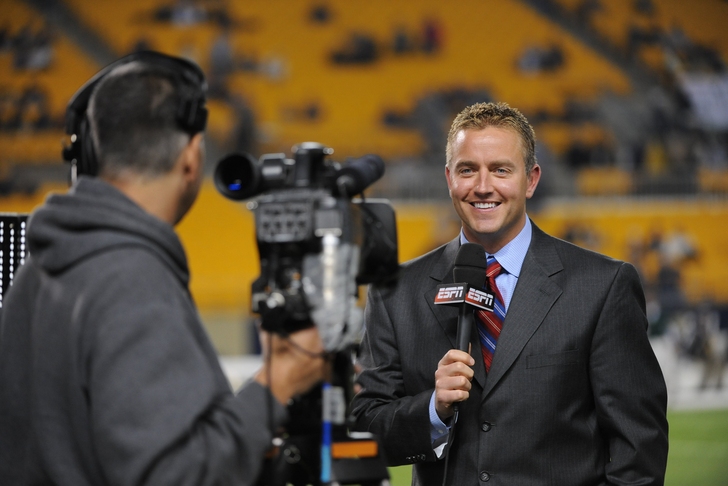 In this Alabama football news update, the Alabama Crimson Tide and the SEC in general was the target of criticism by ESPN's Kirk Herbstreit on Saturday.

Herbstreit called the SEC's four games against FCS opponents on Saturday "embarassing," drawing the ire of Western Carolina coach Mark Speir after his team's 48-14 loss to Alabama in Tuscaloosa.

“A guy had a silver spoon in his mouth all his life, Ohio State, primadonna state quarterback talking about, ‘It’s an embarrassment,'” Speir said, via AL.com. “He ain’t ever coached.”

The Tide reportedly paid the Western Carolina Catamounts $480,000 to travel to Tuscaloosa, but Speir says that doesn't matter when it gets down to the bumps and bruises of the game of football.

“Coach (Nick) Saban had a lot of great things before and after the game about FCS playing the big boys. Alabama needed this game,” Speir said. “I’m just proud of FCS football, I’m proud of our football team, I hope America doesn’t listen to a guy who sits behind a mic that hasn’t ever done it, with that silver spoon in his mouth, he never had probably a bloody nose or a callous like some of these guys.”