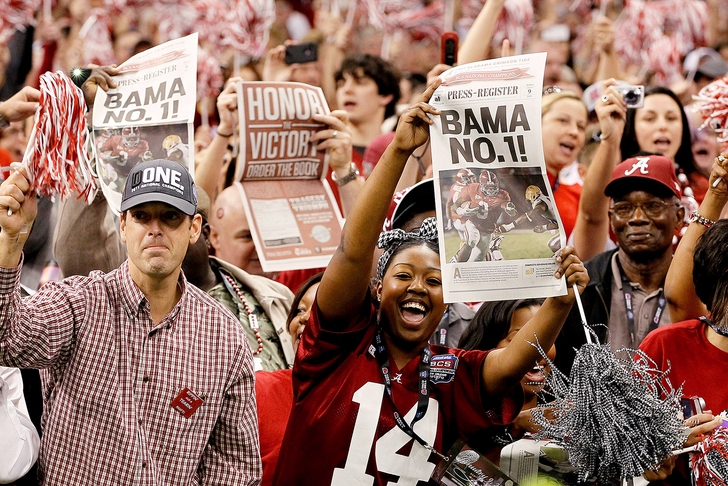 The Alabama Crimson Tide are destined for the top four of Tuesday's College Football Playoff standings update after a convincing 25-20 victory over the #1 Mississippi State Bulldogs in Tuscaloosa on Saturday.

However, how far the Tide should rocket up the playoff standings after the win is still a cause for debate.

As Kevin Scarbinsky of AL.com argues, "Alabama isn't perfect and Alabama still has flaws, but Alabama should be No. 1, and it shouldn't be close. It shouldn't be any closer than this alleged game of the week in which Mississippi State never owned the ball in the second half with a chance to take the lead."

Mississippi State made it a game late, but Alabama virtually stifled the #1 team in the nation for the majority of Saturday's 60 minutes - an accomplishment that head coach Nick Saban hopes the College Football Playoff committee takes into account.

"When you beat the No. 1 team in the country," Saban said, "I think that's a significant accomplishment."

That "significant accomplishment" could very well be enough to give Alabama the driver's seat when it comes to the College Football Playoff, depending on how the committee members rule on Tuesday.