Saturday's Alabama/MSU Game May Be An Elimination Game...For The Bulldogs 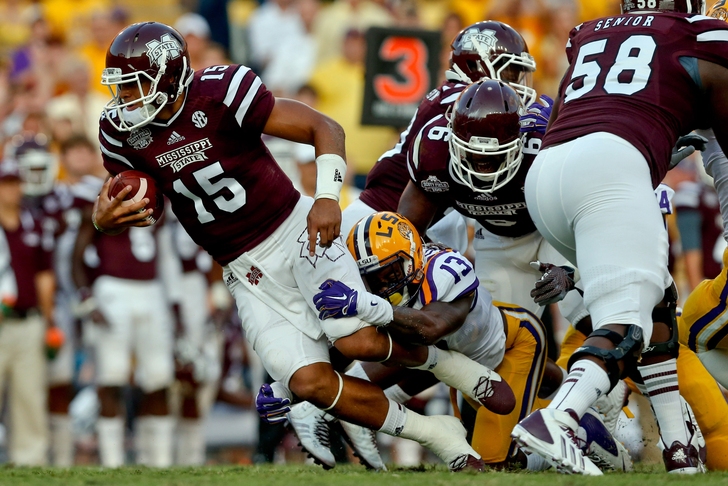 While definitely unlikely, there is definitely a scenario out there where the Alabama Crimson Tide could lose this upcoming Saturday's game against the #1 Mississippi State Bulldogs and still eke into the inaugural College Football Playoff.

Conversely, even though MSU will sport a perfect 9-0 record when kickoff takes place, they might be staring at an elimination game of their own come Saturday.

As Zach Barnett of NBC's College Football Talk points out, "half of Mississippi State’s slate amounts to nothing more than empty calories: a Baylor-esque non-conference slate of Southern Miss, UAB, South Alabama and Tennessee-Martin, plus Kentucky and Vanderbilt as cross-over opponents from the SEC East (combined SEC record: 2-11)."

With a non-conference schedule full of cupcakes, Mississippi State's margin for error is likely zero. However, if they can somehow beat Alabama, that win alone could be enough to push them into the Playoff...even if they lose a game later on.

So, while Alabama will likely be playing with their proverbial hair on fire against the Bulldogs, expect Mississippi State to come out the exact same way.