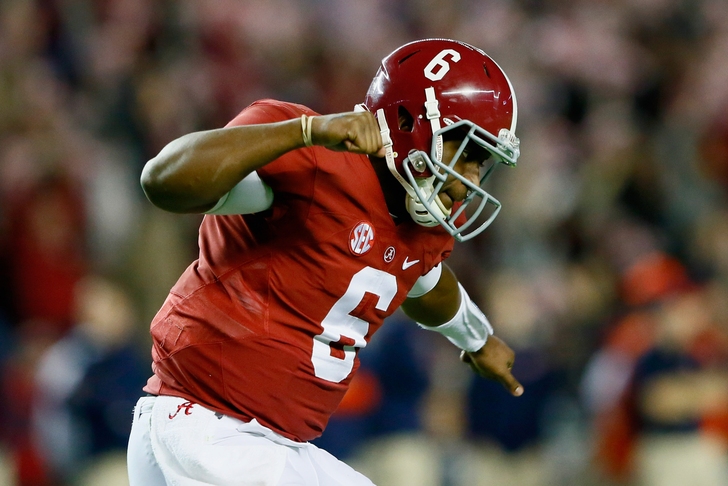 The Alabama Crimson Tide jumped out to an early lead over the Missouri Tigers and never looked back, rolling to a 42-13 victory over the SEC West champs.

One of the major talking points in the game came early in the second quarter, when Blake Sims threw a 58-yard TD pass, but got absolutely hammered by Mizzou DE Shane Ray after the release. The hit was ruled a targeting penalty, which led to Ray's ejection on top of the touchdown. The Tigers did well not to let the sequence take them out of the game - they responded with a scoring drive - but Ray, a projected top-10 pick in April's NFL Draft, would be missed tremendously.

There were no shortage of worthy candidates, but we have to give this one to Crimson Tide QB Blake Sims. Sims pitched a virtual shutout today, and his accuracy and poise were on point on a day where he passed A.J. McCarron to set Alabama's single-season passing yardage record. Sims also set the SEC Championship Game record for completion percentage.

With the win, Nick Saban moves to 9-1 in SEC Championship games and National Championship Games as Alabama Head Coach. That's not too shabby.

Alabama's playoff spot is now locked, and they'll be watching the remaining games closely to see who their likely opponents are. Mizzou is most likely headed for the Citrus Bowl, but the Outback remains in play as they jockey for position.