Ripping Apart The Dumbest Anti-Alabama Article of All Time

A few years ago, Bleacher Report had one of its writers come up with an article titled "The Top 10 Alabama Jokes of All Time." We typically try to avoid calling out other sites, but this time we couldn't resist...if you're going to come up with these jokes, shouldn't they at least be clever?

The URL structure actually reads: "top-10-alabama-jokes-of-all-time-dont-read-if-you-are-from-alabama" which likely means that an editor went back and removed the second clause. Well, guess what - a whole bunch of Alabama fans are about to find this gem.

Our commentary is in red.

Top 10 Alabama Jokes Of All Time

Okay...First off let me say that I have heard mannnnny Tennessee Volunteers jokes over the years and I must say that some were really funny. So please take this article with a grain of salt because I just know there are going to be so many Tennessee jokes emailed to me that I cringe at the thought of it. don't flatter yourself, Tennessee isn't that relevant. However, as everyone knows, you can't have a good college football season without a little ribbing, so please allow me to cast the first stone.

These are the top ten Alabama Crimson Tide jokes of all time:

10. How do you make Alabama cookies? Put them in a big bowl and beat for three hours. 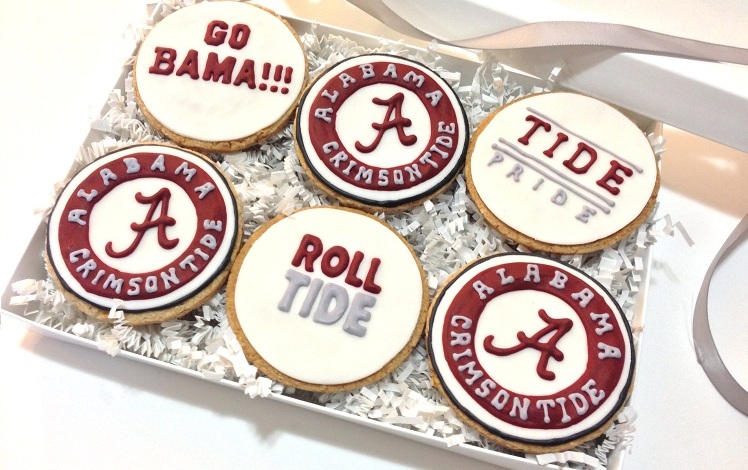 9. It's reported that Nick Saban will only dress 20 players for the Tennessee game. The rest will have to dress themselves.

Actually, this one is spot on. It gets harder and harder to dress every year with these getting in the way. 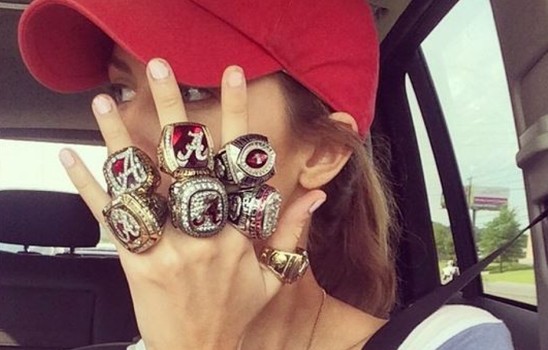 8. What does the average Alabama student get on his SAT score? Drool.

Is this the guy writing your jokes?

7. What did the Alabama graduate say to the Tennessee graduate? Welcome to McDonald's, may I take your order please?

Oh, nice! Another dumb joke. Much like Shooter McGavin, we're too busy WINNING to listen to any more of these...

6. An Alabama fan walks into the doctor's office one day with a hat on. He takes off his hat, and the doctor sees that there is a big frog sitting right on top of his head. The doctor looks at the man and asks him why he has a frog sitting on his head. It was the frog who replied "Actually doc, I was the one who wanted to see you. Can you remove this wart off my butt?" 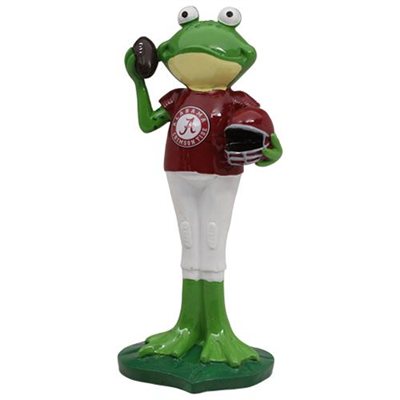 5. Why should the University of Alabama change it's team name to the opossums? Because they play dead at home and get killed on the road.

Your jokes have gotten boring, so I took the liberty of drawing up both of our conference winning percentages from the past five seasons.

Now guess whose is whose.

4. Where was O.J. really hiding at right before the famous Bronco chase? On the campus at Alabama. He figured they would never find a real football player there. 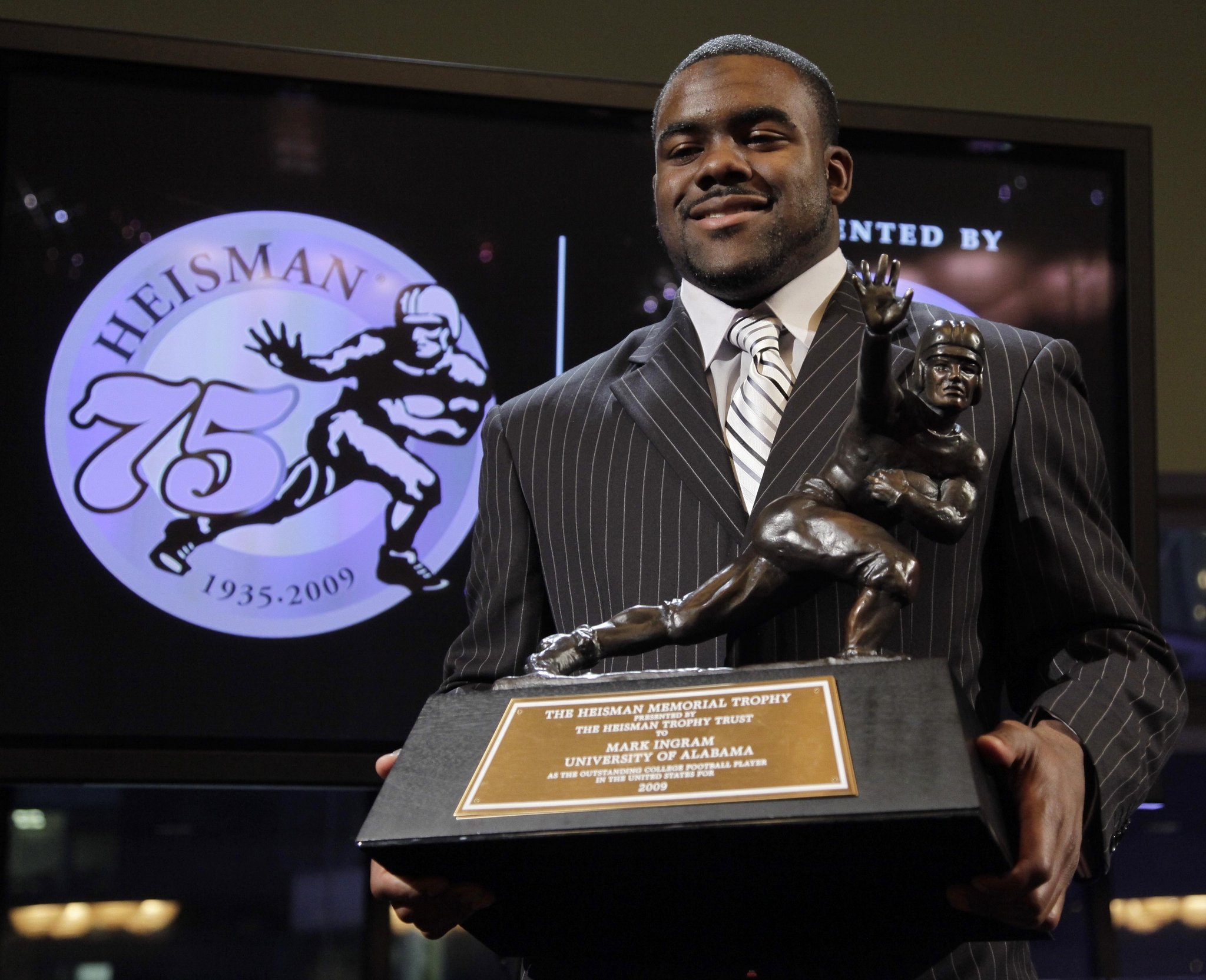 3. What do you call a good looking girl on the University of Alabama campus? a Visitor.

Is that so? The Delta Mu chapter of Tri Delta begs to differ 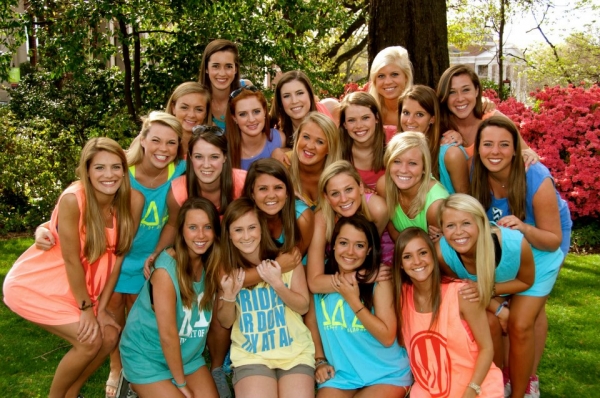 2. What should you do if you find three Alabama fans buried up to their necks in cement? Get more cement. 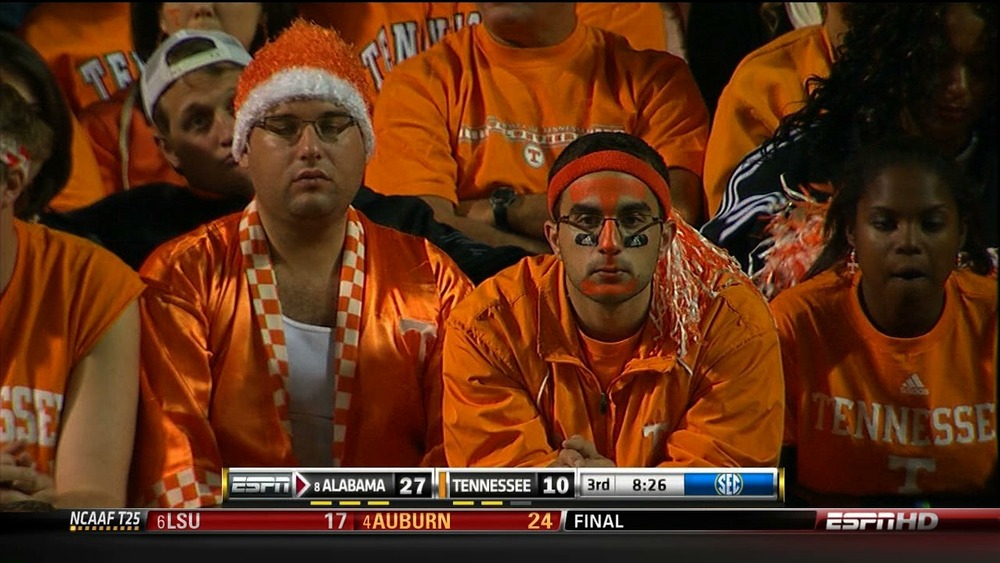 And......The number one Alabama joke of all time is:

1. What do a maggot and an Alabama fan have in common? They can both live off of a dead bear for 20 years. 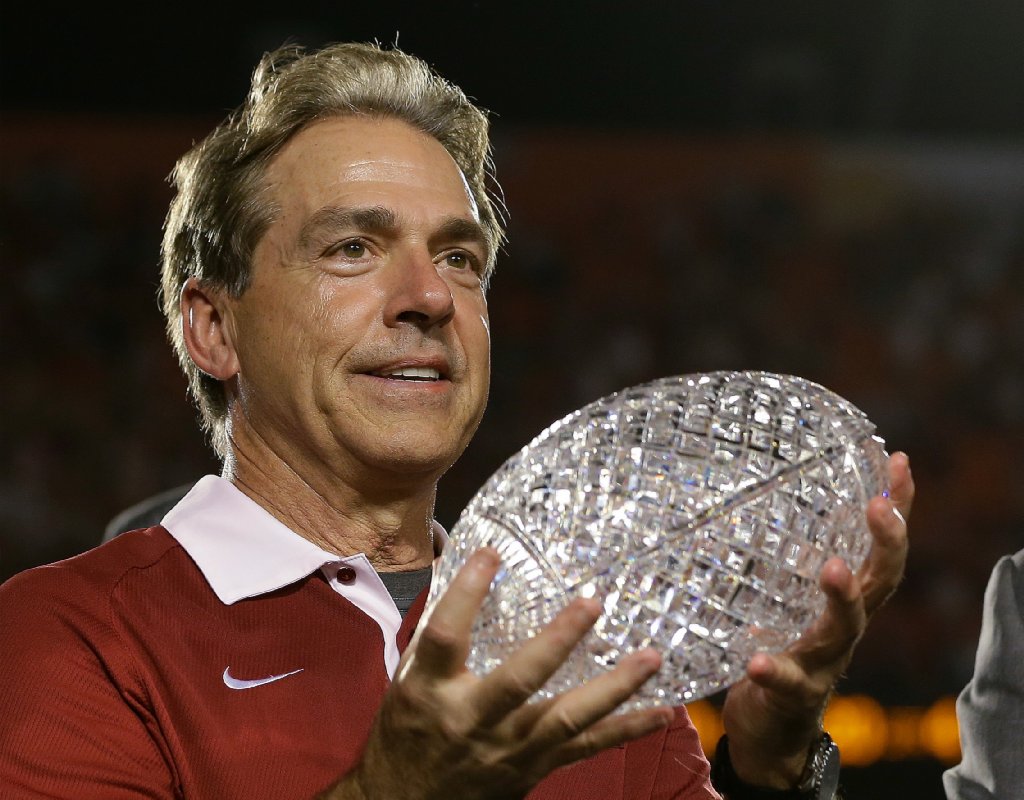 Haha. Sorry guys, it's all in good fun. As I stated above I expect to receive complaints from fans around the states, but it's ok. I have come to terms with it. Don't this just make you wish that we could skip all this March Madness crap and leap right past summer and get to the best time of year? Hey! If you're gonna call us dumb, you should at least be using proper grammar!  College football. Where the men are men, and the truth shall set you free.  You're right about one thing. #7StraightSoonToBe8

Good luck this year all....ummmmm except for Alabama.