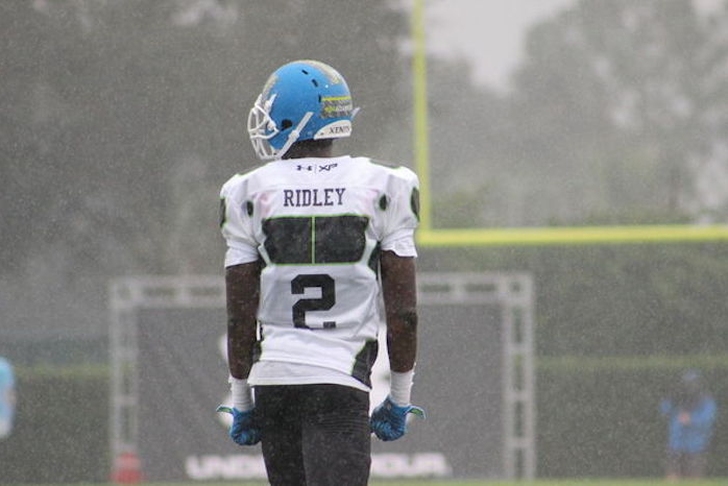 Alabama is no stranger to reeling in the best recruiting class in the country, and they did so again by bringing in more five-star prospects (six) than anyone else - including more than every team in the Big 12 and Big Ten COMBINED.

All of them - WR Calvin Ridley, CB Kendall Sheffield, QB Blake Barnett, DT Daron Payne, CB Minkah Fitzpatrick, and RB Damien Harris - are expected to make immediate impacts next season, while Barnett is viewed as the quarterback of the future.

No team had pulled in six five-star recruits in the same class, but Alabama has now done so in three straight seasons.

Head coach Nick Saban made it a point to bring in as many high level secondary and offensive line recruits as he could, hoping to find some immediate support for the areas the Tide were the weakest last season.

Sheffield and Fitzpatrick are the headliners at corner, but four-star safeties Deionte Thompson and Ronnie Harrison both enrolled early and are expected to see the field next season in some capacity as well.

As for the offensive line, four-star recruits Dallas Warmack and Brandon Kennedy are also already on campus, but three more prospects will be joining them.