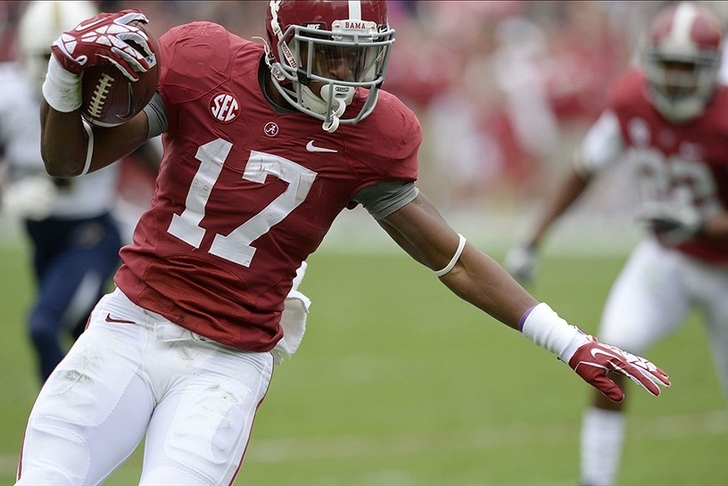 Alabama running back Kenyan Drake is surely frustrated with not being able to play for the Crimson Tide after suffering a broken leg earlier this season.

During the first quarter of Alabama's SEC showdown versus LSU, Drake tweeted out some advice to the Tide offense after they fell behind early:

3 straight 3 & outs. 3 straight possessions w/o a running play. Shall I say it again...

Drake has since deleted the tweets, although he is technically allowed to tweet during the game (at least as far as NCAA rules go) because he is injured.

It's probably a little bit biased, coming from a running back and all, but he's just doing his best to help with the game plan, even if he can't be on the field to help execute it.