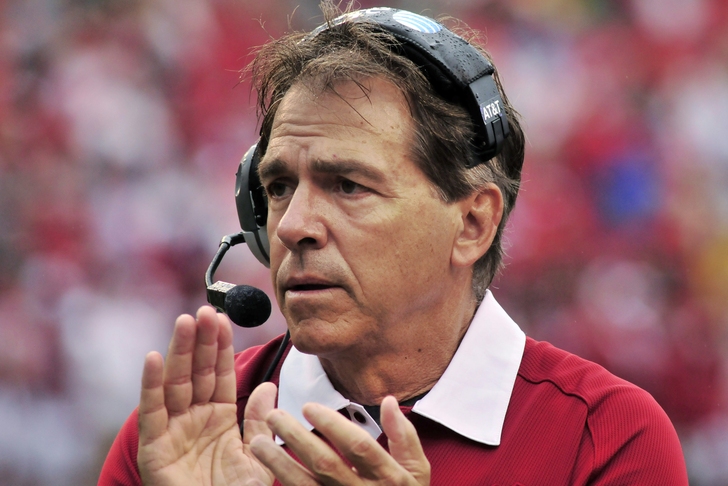 The article was met with its share of skepticism, as most pieces of its nature often are. However, SEC Network's Paul Finebaum's upcoming book, "My Conference Can Beat Your Conference: Why the SEC Still Rules College Football," (co-written with ESPN.com's Gene Wojchiechowski), backs up several of the claims made in the piece.

Finebaum and Wojchiechowski indicate that Texas was "dead serious" about landing Saban; a claim that backs up Chat Sports' research and assertion that Texas put all their resources into making a play for Saban:

In a series of exclusive conversations with several people close to both the Texas and Alabama football programs, we’ve established a timeline that covers the details of the Longhorns’ pursuit of Saban dating back to January 2013. What we found paints a compelling picture of the Saban-to-Texas saga, and shows just how far Texas was willing to go to get their man.

Furthermore, Finebaum and Wojchiechowski's book also directly confirms Chat Sports' timeline when it comes to the financials of the deal offered to the two-time AP National Coach of the Year.

"Texas was dead serious about trying to money-whip Saban," Finebaum and Wojchiechowski write, via Bob Carlton of AL.com. "Depending on whom you talk to -- Bama big hitters or Texas big hitters -- the Longhorns were prepared to give Saban somewhere between a $12 and $15 million signing bonus and a salary package worth $100 million (plus performances)."

Texas makes an offer directly to Saban’s agent: 10 years, $100 million with the opportunity to make up to $140M over the 10 years with massive bonuses for National Championships and Heisman Trophy winners. The news is leaked by a UT booster to a reporter for the Fort Worth Star, who breaks the story.

Saban finally ended the rumors of his departure to Texas just two days later, signing a new contract with Alabama promising him $6.9 million per year plus performance incentives. Texas got their presumed second choice in former Louisville head coach Charlie Strong the next month, seemingly putting this whole story to rest.

With the release of this new book (scheduled for August 5th), the whole timeline we put together seven months ago will be confirmed.