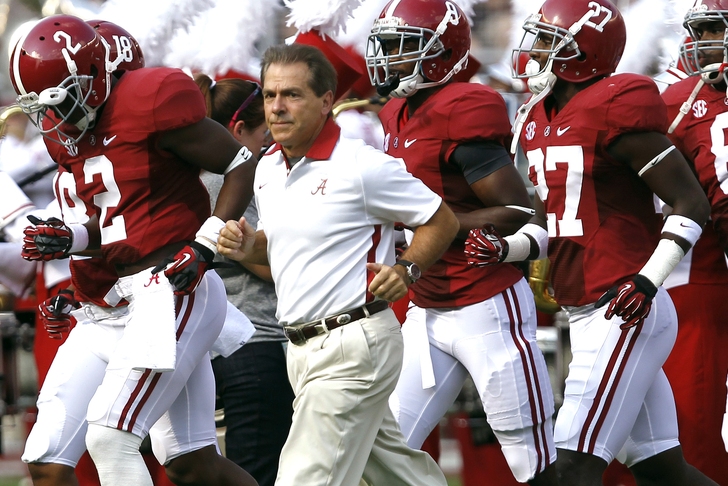 "We’re not playing Mississippi State — we’re playing the No. 1 team in the country,” Saban told The Anniston Star, via NBC's College Football Talk. “They deserve what they have by the body of work and what they’ve done to this point.”

Despite some sports betting websites listing Alabama as eight-point favorites or higher, Saban is attempting to ground his team in advance of one of the biggest college football games of the 2014 regular season.

Also, as Brent Sobleski of College Football Talk points out, "Saban is one of the most brilliant coaches in college football history. He meticulously chooses his words. When he emphasizes a certain aspect of an opponent, it’s not without reason. And the Alabama coach wants us all to know just how good the Bulldogs are to make the Crimson Tide look even better if they win Saturday."

If Alabama can upend the Bulldogs on Saturday, Saban has done a heck of a job marketing that win when it comes to gaining favor in the eyes of the College Football Playoff committee.