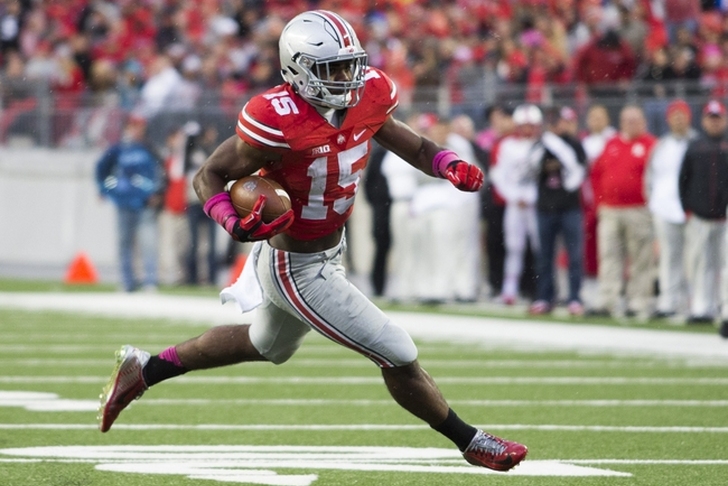 There were wild plays, huge turnovers and thrown headsets - whether the Sugar Bowl went your team's way or not, you have to admit...this playoff thing is off to an entertaining start.

Ezekiel Elliott's 85-yard touchdown run with 3:24 remaining not only put the Buckeyes up 14 - it was the emotional lift they needed to pull off this upset win.

Another day, another absolutely massive game for Buckeyes RB Ezekiel Elliott. The unsung hero of Ohio State's season put on another impressive showing, racking up 230 yards and two touchdowns on 20 carries.

Amari Cooper was his usual ridiculous self, but we have to give the nod to Crimson Tide punter JK Scott. Scott was absolutely sensational, averaging a ridiculous 55 yards per punt. For a little perspective, the leading NFL punter averaged 47.5 yards per punt this season.

Ezekiel Elliott's rushing total was especially impressive when you realize that zero individual players broke the 100-yard mark on the ground against Alabama this season.

Ohio State will take on the Oregon Ducks in next week's Playoff Championship Game, but the Crimson Tide can hold their heads high after another excellent season. While Nick Saban isn't happy with anything other than National Championships, his team remains one of the nation's elite.

It's hard to complain about this Ohio State team playing for the national title, especially considering how much they've had to overcome this year. It's strange to think that without a playoff system, Alabama is getting ready to take on Florida State in the BCS Championship game next week.