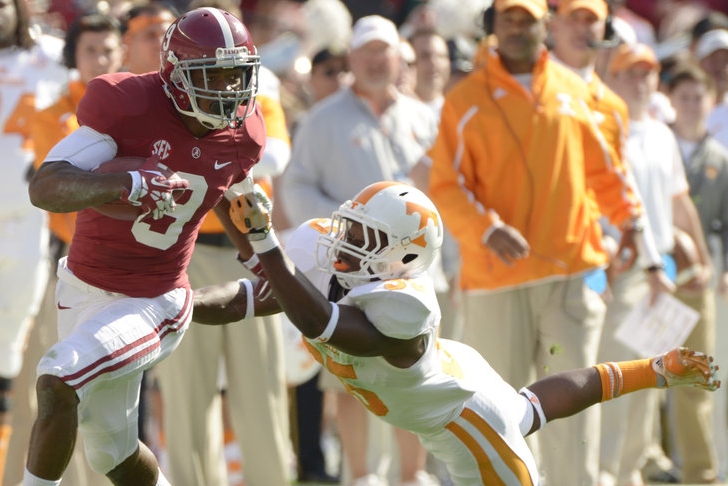 Alabama continued their offensive turnaround, as the Tide put together a solid effort behind Blake Sims and Amari Cooper. Tennessee held on to keep the game competitive, but the Vols never had a great shot at threatening the lead.

Turning Point: Alabama led throughout the game, but Tennessee cut the deficit to 10 in the third quarter. The Tide marched down the field for a 76 yard touchdown drive that took over five minutes off the clock, putting the lead back to 17 heading into the fourth.

Key Stat: Amari Cooper had 185 yards receiving in the first quarter. He had just 39 the rest of the game, but still set the Tide record for receiving yards in a game.

Cooper scored on an 80 yard catch-and-run to open the game, and followed with a 41 yard score soon after. His big yardage total set an Alabama school record for receiving yards in a game.

Starting in place of Justin Worley, Dobbs had a productive game against a tough opponent. Although the effort came up short, Dobbs kept Tennessee in the game for most of the contest.

The Tide have an open date before taking on LSU on November 8th. Tennessee travels to South Carolina to take on the Gamecocks.