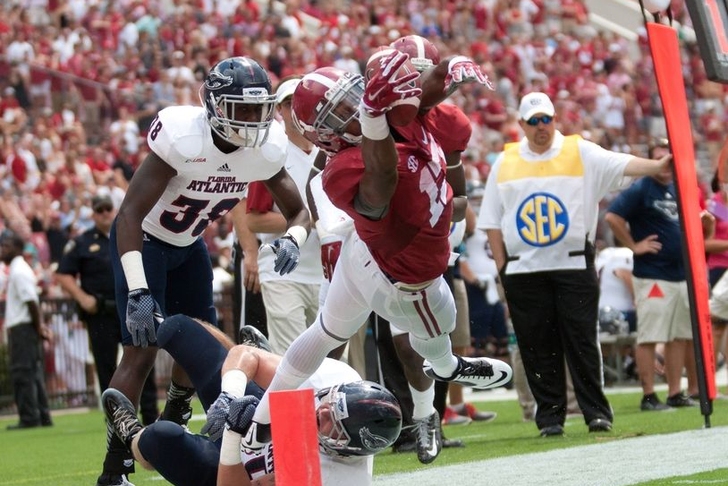 A sloppy first half gave Alabama a less than comfortable 21-6 lead at the half. Things got straightened out in the second half, as the Tide blew past Southern Miss.

Blake Sims played through most of the third quarter, finishing with 168 yards and two touchdowns.

Jake Coker relieved Sims late in the third, and went 4/5 for 45 yards.

Amari Cooper dominated finishing with eight catches for 135 yards and a touchdown.

Turning Point: The Tide came out of the half with a touchdown drive, extending the lead to 28-6. Any doubt of a victory was washed away after that, as it swung all the momentum over to the Alabama side.

Southern Miss did not come close to putting up a threat after that.

1) Alabama has to start better offensively. Things corrected in the second half, but a slow start kept Southern Miss in the game through halftime.

2) Blake Sims has seemingly won the starting job, as Jake Coker did not appear until the result was well decided.