Instant Reaction: Alabama Escapes Another Upset With 14-13 Win Over Arkansas 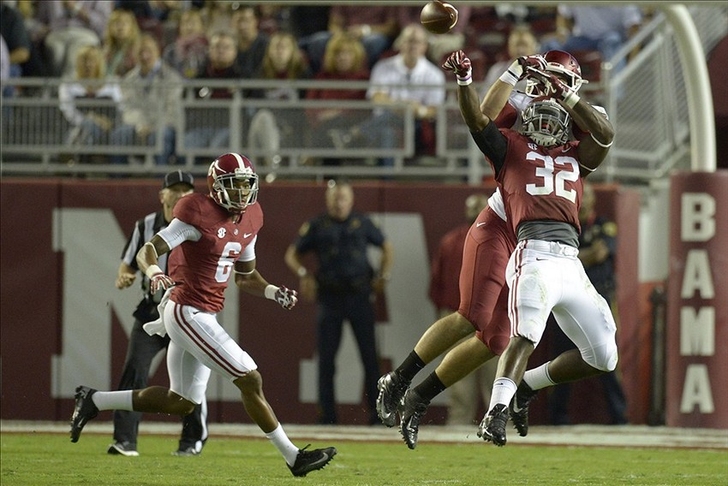 Turning Point: Alabama took the lead midway through the fourth quarter on a Blake Sims touchdown pass, giving the Crimson Tide a one point advantage at 14-13. Arkansas had a chance to take the lead with two minutes to go, but turned the ball over on an ill-advised backfoot throw, sealing the win for Alabama.

Key Stat: Top weapons Amari Cooper and T.J. Yeldon combined for 97 total yards. Prior to this game, the duo had over 1,200 total yards in Alabama's first five games.

Alabama MVP: Blake Sims - In a game that saw Amari Cooper and T.J. Yeldon combine for 97 total yards, Sims played well enough to lead the Tide to a victory. He finished 11/21 for 161 yards and two touchdowns.

Arkansas MVP: Jonathan Williams - The Razorbacks moved the ball, but were unable to finish off drives with points. Williams scored the lone touchdown for Arkansas, punching in a goal line carry just before halftime.

Alabama hosts Texas A&M in a game that will have major implications on the SEC West standings. Arkansas takes on another top 15 team when they host #13 Georgia.