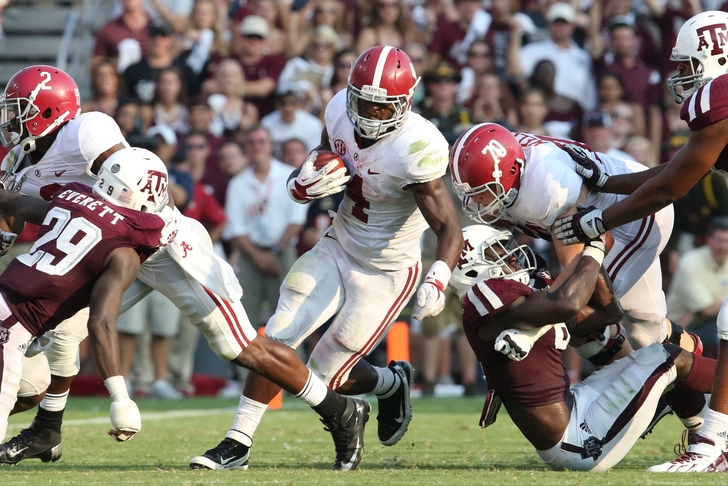 It had the makings of a classic SEC shootout, but Nick Saban's squad had other plans. With an impressive offensive showing and a dominant defensive performance, the #7 Crimson Tide went up 45-0 at the half and cruised to an easy win over #21 Texas A&M.

This game effectively ended in the second quarter, when Alabama racked up 35 points in 12 minutes to put the game out of reach for a shell-shocked A&M squad.

There's no way we can give this to just one guy after such a comprehensive team performance - Blake Sims, T.J. Yeldon, Amari Cooper, Derrick Henry, Reggie Ragland and the rest of the defense were all superb.

Alabama will likely jump up to #4 in the polls, going above Baylor (lost already) and either Florida State or Notre Dame, who play tonight. The Crimson Tide travel to Tennessee next weekend with renewed belief and momentum.

The Aggies will have to take a long look in the mirror, and they'll likely be out of the Top 25 despite their hot start to the season. They'll have a week off before facing UL-Monroe to try and right the ship.