Halftime Quick Hitters: Alabama Leads Southern Miss 21-6 at the Half 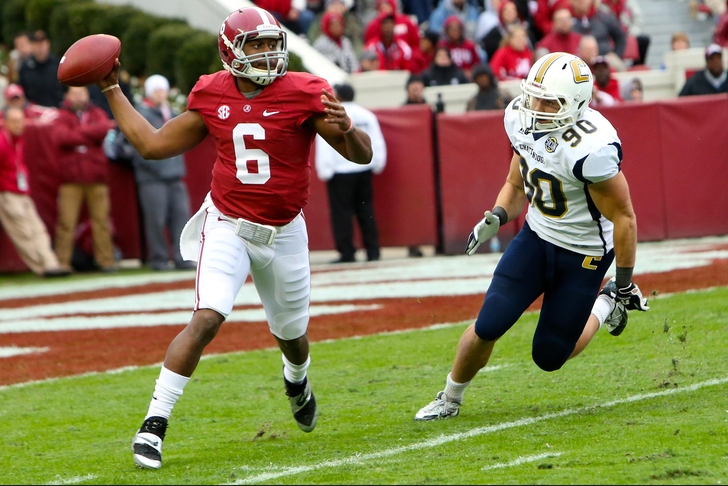 The Alabama Crimson Tide host the Southern Miss Golden Eagles, looking to start off 3-0 in 2014.

The defense let Southern Miss get on the board first with an early field goal, but the Tide responded with a touchdown on their next drive.

The Crimson Tide looked sluggish early on, but picked it up behind Blake Sims and Amari Cooper.

Sims didn't look overly confident until he led a scoring drive early in the second quarter, taking it in himself for a four yard score. Things took off from there.

He kept Jake Coker on the sideline with an impressive first half, going 7 0f 11 for 87 yards and a score.

Cooper had a solid first half, leading the Tide with 72 yards and a score.

TJ Yeldon contributed on the ground with 56 yards

Southern Miss did just enough to hang around, and while this game doesn't look headed for an upset special, Alabama probably expected to be up by more points at the half.

Southern Miss: Quarterback Nick Mullens gets it by default, but he was by no means lighting up the scoreboard going 10 of 18 for 103 yards.