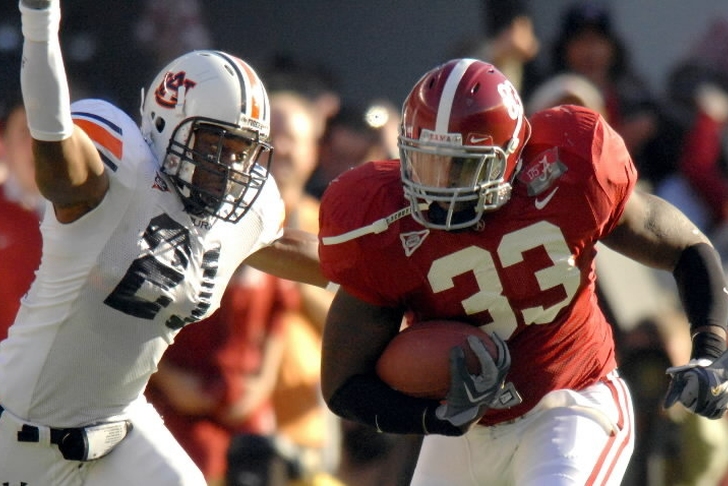 The substance known as 'spice' has grown in popularity in recent years despite the serious health hazards it presents. "Spice" is especially popular among college athletes, since it allegedly won't show up in drug tests.

Stephanie Taylor of the Tuscaloosa News has been following the case closely:

Drug agents told Le'Ron McClain not to leave Tuscaloosa while they tested substance they found at his home. He was gone when they returned.

The Baltimore Ravens selected McClain in the fourth round of the 2007 draft. McClain emerged as a powerful, punishing runner, but after splitting carries with Willis McGahee and Ray Rice, McClain complained about a lack of touches, which led the Ravens to release him. McClain last played for the San Diego Chargers, who released him in March.