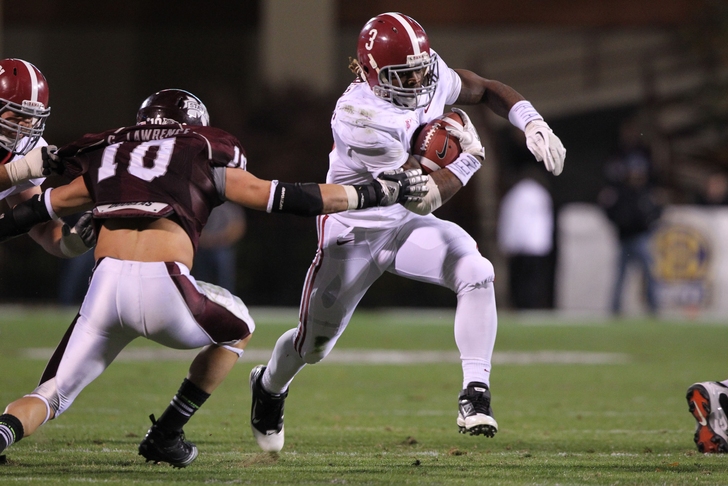 The Alabama Crimson Tide didn't just win a big game on Saturday when they knocked off the #1 Mississippi State Bulldogs 25-20 in Tuscaloosa. They also won a clear path to postseason glory if they can continue to take care of business.

According to Zach Barnett of NBC's College Football Talk, "in the big picture, Alabama’s situation is simple. The Tide will leap into the College Football Playoff’s top four on Tuesday night, and can win the SEC West with a defeat of Auburn two weeks from today."

While the rest of the teams vying for a College Football Playoff spot seemingly have more questions than answers when it comes to what it will take to get in, Nick Saban's crew took care of the majority of that murkiness with a win on Saturday.

The Crimson Tide now control their destinies both from a SEC Championship perspective and a College Football Playoff invitation perspective. Beating the #1 team in the nation in solid fashion on network television have afforded such a luxury to Alabama and its faithful.