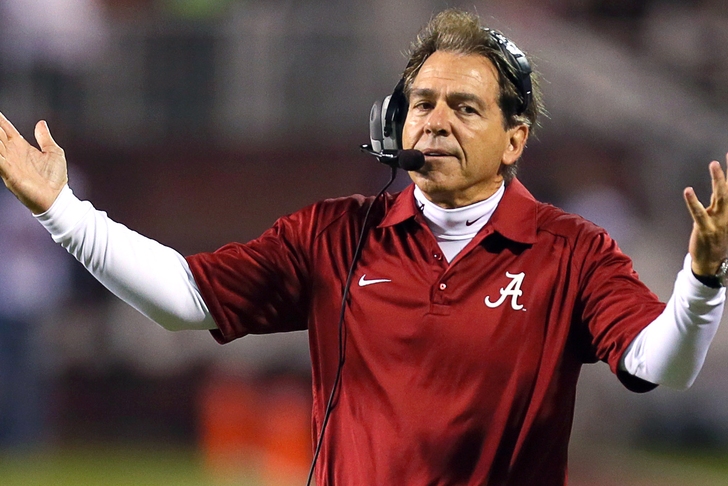 In this Alabama football news update, the Alabama Crimson Tide are so popular with CBS executives that they're monumental Iron Bowl clash with the Auburn Tigers this year won't be broadcast by the network.

Yes, you read that correctly.

After CBS chose to broadcast this Saturday's game between #3 Alabama and the #1 Mississippi State Bulldogs, the network exhausted its limit of five broadcasts of the Crimson Tide.

Per The (Jackson, Miss.) Clarion-Ledger:

There are certain appearance limitations within the agreements the SEC has with its partners. CBS has exhausted the number of appearances for Alabama this season. The Tide’s games against Florida, Ole Miss, Texas A&M and LSU were also on CBS, which has the first pick each week among SEC games.