Breaking Down The 2015 Alabama Quarterback Battle 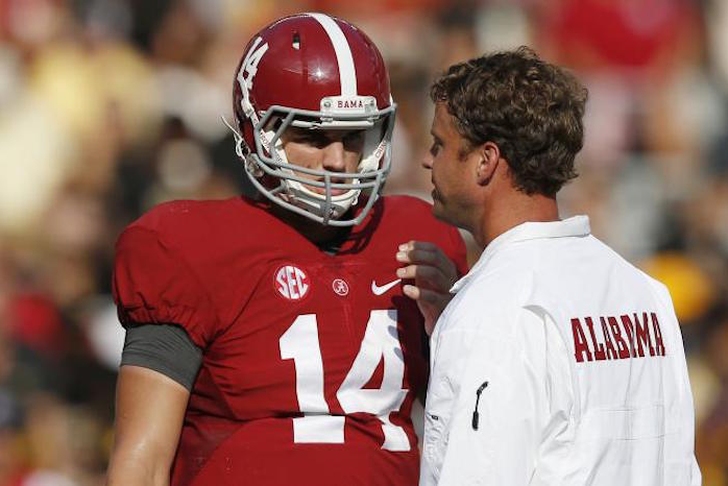 The Alabama Crimson Tide return a number of key starters on both offense and defense, but there’s one position that’s still up in the air – with the departure of senior QB Blake Sims, the Crimson Tide don’t have a clear-cut starter at quarterback. Here's a look at Alabama’s options for who will start under center for the Tide in 2015: 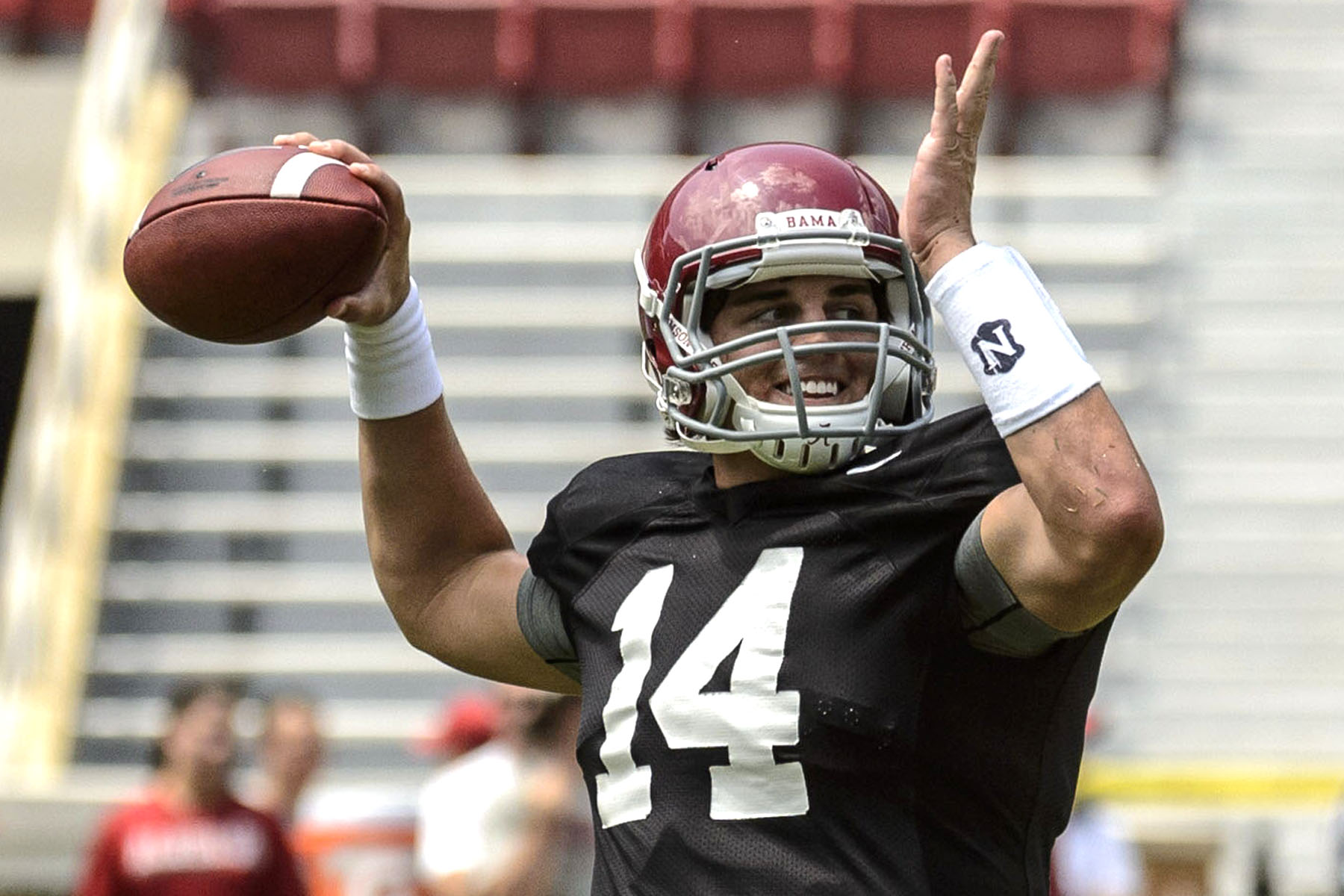 While Coker would be the undisputed starter in Tallahassee next season if he’d stayed at Florida State, he faces a much tougher battle in Tuscaloosa. Even though Coker nearly beat out Blake Sims for the starting job last fall, he’ll have to overcome a number of highly-regarded recruits – and do a better job when given the opportunity to impress – if he wants to start under center against Wisconsin on September 5.

Ultimately, it was Coker’s unfamiliarity with Alabama’s players and system that opened the door for Sims, and once he got that opportunity, Sims never looked back. In 2015, Coker has continued to impress coaches behind the scenes and is getting most of the snaps with the first team, but Saban hasn't named him the starter yet. He completed 14 of 28 passes for 183 yards, a touchdown, and an interception in the spring game. 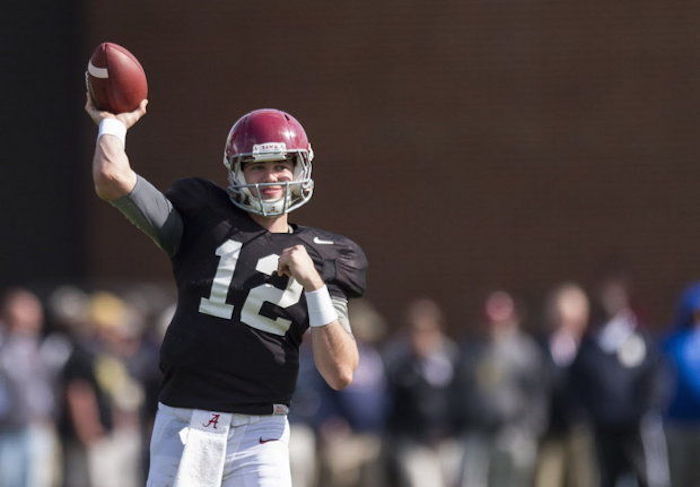 Cornwell was the only quarterback in Alabama’s 2014 recruiting class, and he certainly came in with plenty of fanfare – a 6’5 four-star pro-style QB from Oklahoma, Cornwell was being compared to to A.J. McCarron before he even set foot on campus. Unfortunately for Cornwell, he spent much of last winter and some of last spring recovering from a serious ACL injury that cost him the second half of his senior season in high school. While he was healthy in time for the 2014 season, he was already too far down the depth chart to make any noise.

He is working himself up the ranks as saw the second-most action in the spring game, completing 12/24 passes for 110 yards, a touchdown, and two interceptions, and seems to be the frontrunner for the backup job. A pro-style QB from Texas, Morris was a three-star recruit coming out of high school. While coaches love his arm, his attitude, and his willingness to help out where he can, it doesn’t sound like he has a realistic shot at winning next year’s starting job. Morris saw equal action at the A-Day scrimmage with Cooper Bateman, and saw far less snaps than Coker or Cornwell.

Bateman was also part of the competition for this year’s starting job with Coker and Sims, but fell out of the race due to inconsistency and some issues with his technique. A four-star recruit out of high school from Salt Lake City, Utah, Bateman has excellent physical tools, but has seen very little live action.

He appears to be even with Morris (and well behind Cornwell) in competition for the backup job, and he also completed 7/11 passes in the spring game for just 48 yards and an interception.

The #1 dual-threat QB in the class of 2015, Barnett is a five-star recruit and Alabama’s top commitment at the position since Brodie Croyle back in 2001. The incoming freshman from Corona, CA had an impressive showing at the Under Armour All-American Game this past weekend, and is expected to contend for the 2015 starting job.

While Barnett has the talent to become a Heisman-caliber player, 2015 might be too soon. Alabama’s system makes it very difficult for players to come in and excel right away – just ask Jake Coker – and Nick Saban has never started a true freshman at the position since coming to Alabama in 2007. Even if Barnett doesn’t win the 2015 QB battle, he’ll likely be in the mix for 2016. Expect him to redshirt this season.