Breaking: Da'Shawn Hand, #1 Recruit in the Class of 2014, Picks Alabama 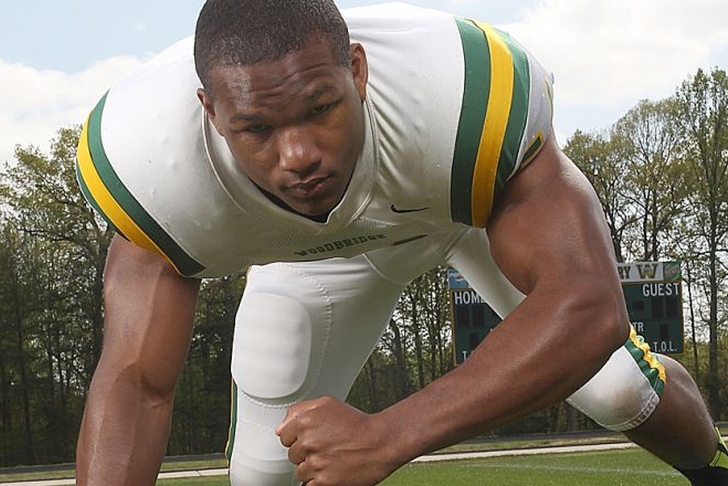 Da’Shawn Hand, Rivals.com’s #1 recruit in the class of 2014, has officially announced his commitment to Alabama.

After narrowing his options down to Michigan, Alabama and Florida, Hand decided to follow his heart and commit to the Crimson Tide.

Hand was believed to be leaning heavily towards the Wolverines in the days leading up to the announcement, which he made at his high school in Woodbridge, VA on his 18th birthday.

A 6’4, 262 pound defensive end, Hand has the skill, speed and power to dominate at the collegiate level. A 2012 USA Today High School Football All-American, Hand was also recognized last year as Rivals.com’s High School Junior of the Year.

With a 4.6 40-yard dash and the ability to quickly read plays before they develop, Hand will make Nick Saban's already-stellar recruiting class even more impressive.