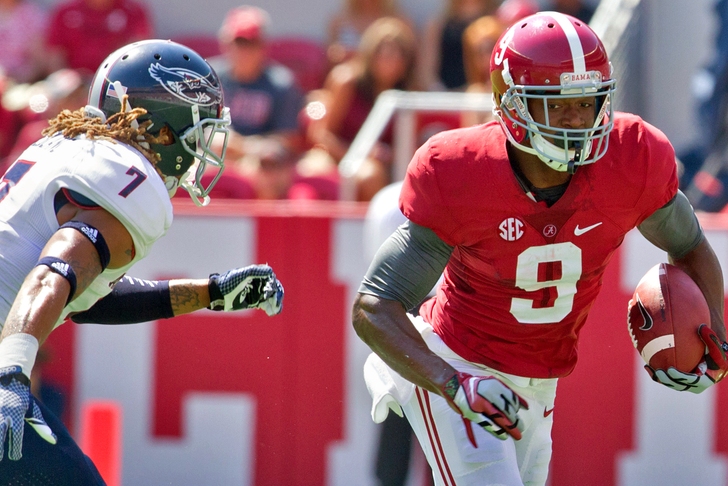 Cooper was virtually untouchable in his final game in Tuscaloosa, seeming shedding defensive backs at will during his record night. By doing so, he helped lead his Crimson Tide team to the victory in one of the most entertaining Iron Bowls in the history of the rivalry.

This was likely Cooper's last game in front of his home crowd. He went out with a major bang, while also making himself a legitimate threat to Oregon's Marcus Mariota and the rest of the candidates for the Heisman Trophy.