Amari Cooper Injury News: When will the star receiver be fully healthy? 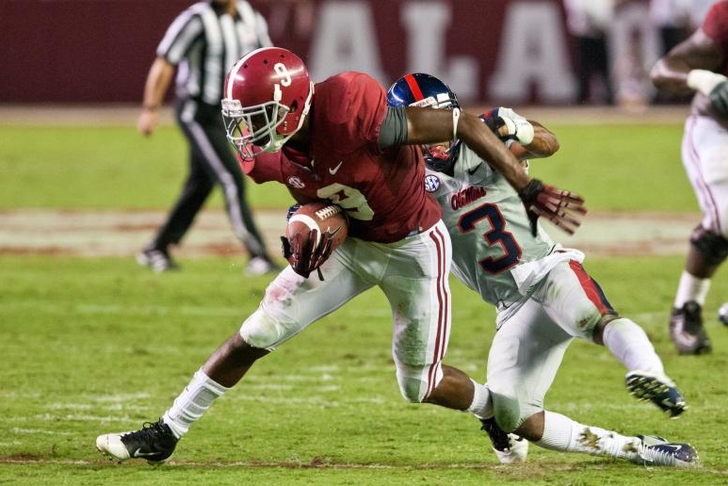 Alabama's Amari Cooper was supposed to come out and set the world on fire this year, but the highly-touted sophomore hasn't had more than 40 receiving yards in a game in 2013.

Cooper's woes are mainly due to the toe injury and foot injury that have had a major effect on Cooper's explosiveness and ability to beat defenders off the line of scrimmage. Cooper missed games against Colorado State and Georgia State while trying to get back to 100%, and recently admitted that he hadn't felt like he was at full strength all year.

The latest reports, though, make it sound like sitting out against Georgia State was a necessary step in Cooper's recovery.

"I think the fact that we haven't played him as much lately, I do think he's getting healthy and he's had a really good week this week," said Alabama head coach Nick Saban "So hopefully if we don't have a setback, he'll be able to continue to progress and do a good job."

We think there's a 80-90% chance Cooper is back at full strength for this Saturday's game against Kentucky. Everything we've heard out of Tuscaloosa indicates the player has looked sharper and faster, and this could be the week he breaks out and puts up the kind of numbers we saw from him last season.