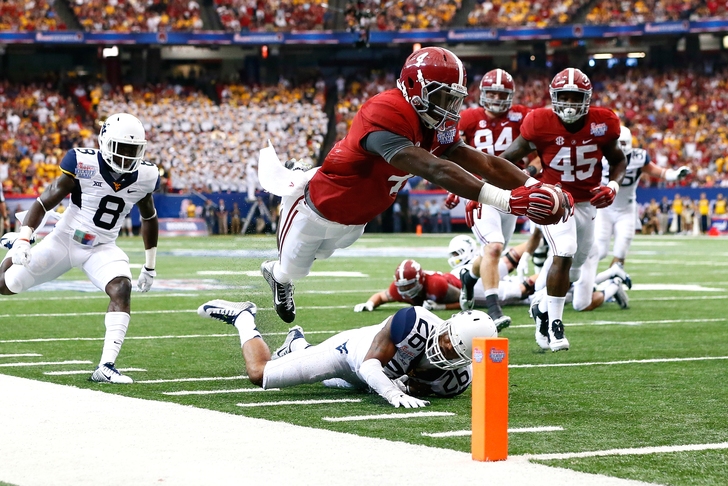 The Alabama Crimson Tide host the Southern Mississippi Golden Eagles, looking to keep up their strong start to the 2014 season.

Key Stat: Alabama has outgained their opponents (West Virginia and FAU) 1,158 to 538 this season.

Alabama Outlook: Another week, another win. That hasn't come without some drama though, as Alabama actually dropped a spot in the standings after a 41-0 win.

The quarterback carousel continues as well, as Jake Coker and Blake Sims vie for snaps with the starting offense.

Still the Crimson Tide have not had too much trouble no matter who is under center. Sims has thrown for 478 yards and two scores, while Coker has thrown for 202 and a score.

Southern Miss Outlook: The Golden Eagles come into this matchup with some heavy lifting to do. They defeated Alcorn State last week after getting shutout 49-0 to Mississippi State opening weekend.

Southern Miss has had a rough time offensively, struggling to even beat Alcorn State. Their 13 points per game put them at 122 in the nation - a mark that isn't likely to improve against a tough Alabama defense.

What to watch for: Alabama should continue to roll along against an overmatched Southern Miss team. Although the Tide can do little to control how the rankings shake out each week, expect them to come out and shoot for another landslide victory as they try to keep pace with Oregon, who hopped them last week.

Both Coker and Sims should get snaps in this game as the quarterback platoon continues to unfold.

Alabama still has something to prove after falling in the standings. While they can't do anything about who they're playing, they can prove it on the field. Expect the Tide to have an easy time against the Golden Eagles as they try to move back to number two in the nation.