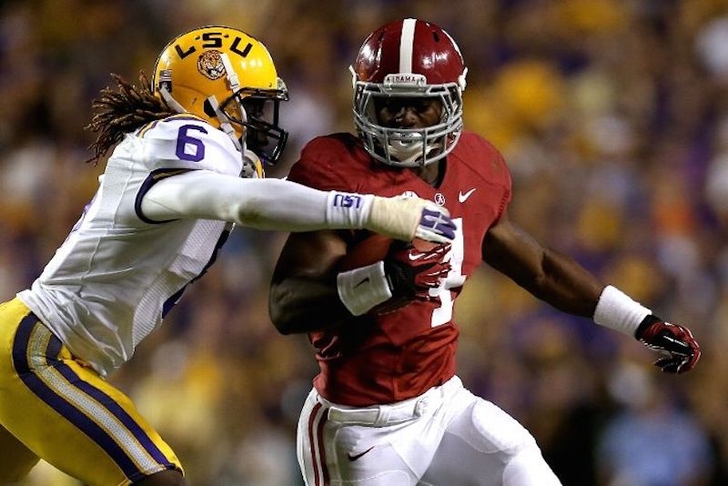 Alabama-LSU is one of the fiercest rivalries in the country, and they're playing with each team's SEC West and College Football Playoff hopes on the line.

Both sides are coming off of bye weeks, so we should see two extremely well-prepared teams in Death Valley.

The Crimson Tide seemed to have righted the ship after losing at Ole Miss earlier in the season, and are coming off of a huge blowout victory on the road against Tennessee.

Alabama's offense is led by star wide receiver Amari Cooper, and QB Blake Sims has improved every game, and is now one of the best quarterbacks in the SEC. This unit should give LSU's defense one of it's toughest tests of the year.

The Tigers were left for dead after a 41-7 blowout loss to Auburn, but after a three-game winning streak and a win over Ole Miss, LSU is right back in contention.

It looks like this young team has finally started to gel and figure things out, but this game is going to be the most difficult one of the year for them. Alabama is one of the few teams that can match LSU's talent level across the board - except they're older and more experienced.

Both teams want to control the clock and rely on their defense, but the key to each offense's effectiveness is based around a successful running game.

Whoever has more success will be able to control the game and gain momentum while demoralizing the other team.

These matchups between these two teams is almost always close and hard-fought, and Saturday's contest will be no different. Playing in Death Valley will give LSU as major boost, but Alabama just has more experience and more offensive players which will allow them to pull it out in the fourth quarter.