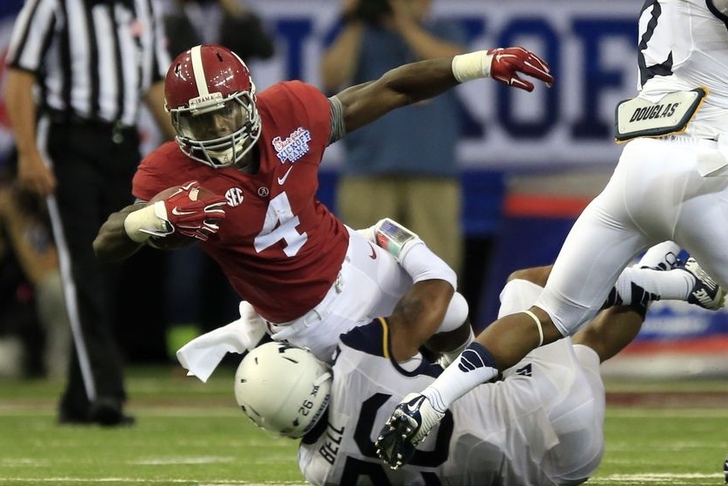 Alabama held off a strong fight from West Virginia last week, escaping with a 33-23 victory in their season opener.

This week, they will play host to Florida Atlantic, in a game that is set up to be a laugher, after FAU lost 55-7 to Nebraska last week.

Alabama Outlook: The Tide got more of a challenge then they expected against the Mountaineers last weekend. Although the offense managed to score 33 points, Sims struggled in a few crucial spots, resulting in four field goals.

Running back TJ Yeldon picked up the slack though, as his 5.5 YPC helped him run to the tune of 126 yards and two scores.

Florida Atlantic Outlook: After being blownout by Nebraska, the Owls face an even tougher task heading into Alabama.

The Owls abysmal showing last week does not bode well for their chances on Saturday. The offense passed for just 95 yards, while posting just 200 yards total.

Quarterbacks Jaquez Johnson and Greg Hankerson split time last week, and may do the same if things get out of hand in this game.

What to watch for: The Crimson Tide offense needs to find more consistency in opponent territory. The four drives that ended in field goals helped keep West Virginia in the game, even though Alabama outplayed the Mountaineers for much of the contest.

Sims should have an easier time in this game, and although he didn't have a bad performance last week, he needs to put up a stronger one to help gain confidence as the season progresses.

Can Blake Sims settle in as starter? (Bama Hammer)

The Crimson Tide won't have a difficult time in this game. The more important factor is to keep an eye on the progress of Blake Sims and Jacob Coker. They should both play in this game, and one may have a chance to emerge as the true starter with a strong showing.