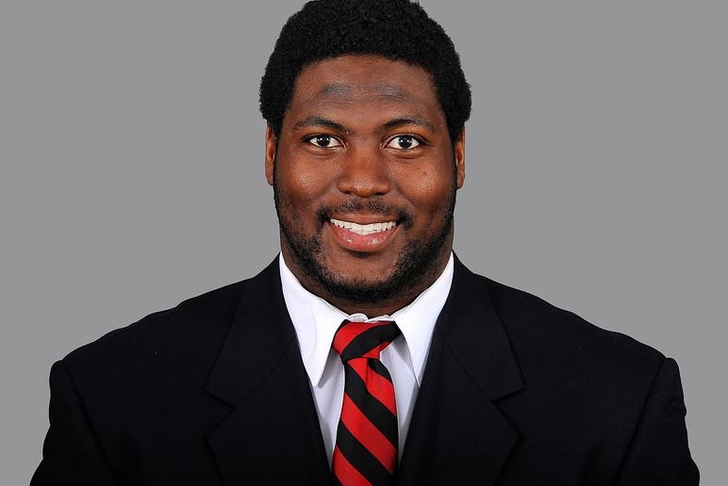 Nick Saban caught some heat when it was announced that Jonathan Taylor - a former Georgia player dismissed from the Bulldogs because of domestic violence charges in his native state - would be part of Alabama's 2015 signing class. Saban spoke about Taylor's situation publicly for the first time on Thursday, and here's what he had to say:

"This was a decision that got made by a lot of people here," Saban said. "It was a university decision. We recruited this young man out of high school and we felt that from what we knew about him, what his high school coach said, what the people at the school that he was at said about him, and where he came from in junior college, that he was the kind of guy that deserved a second chance. But with that chance, we also have stipulations of things that he needs to do from a personal development standpoint so that he won't make any kind of mistake like this ever again."

"That's an ongoing process with him and that's something that we continue to monitor and he has done a very good job with."

"I said this before that when people are young -- and that is not a mistake that we condone in any shape or form, that's (disrespectful) to any person, let alone a female - there's is some occasion to not condemn them for life, but to give them another chance," Saban said.

"It's up to them to prove that they deserve that chance. And when they get that opportunity they need to definitely do their very best to take advantage of it. This is the decision that we made. I know the sensitivity of the issue, and we're going to do what we can to help this young man have success here and not have issues anymore."

Taylor was a 4-Star recruit out of high school and part of the Class of 2012, and he chose Georgia over Alabama in a close decision. After his dismissal from Georgia, he attended Copiah-Lincoln C.C. and was rated the #35 junior college player in this signing class.