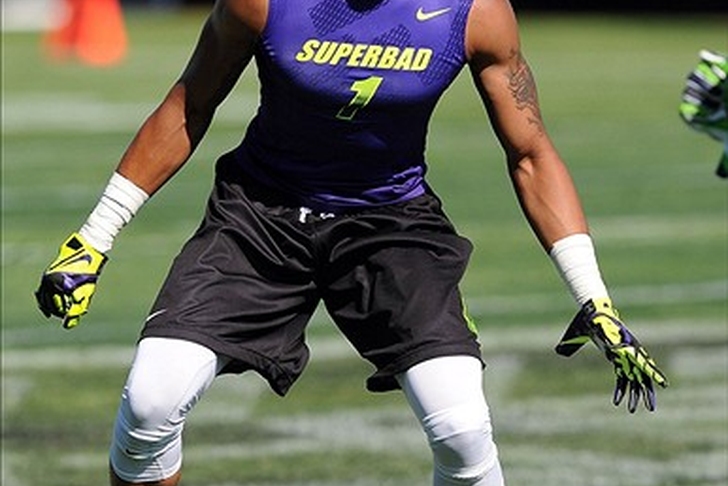 Jalen Tabor is one of the brightest prospects in the 2014 recruiting class. A 6'1, 182 lb defensive back out of Washington DC's Friendship Academy, Tabor is the #5 DB prospect in the country, according to scout.com.

Tabor has 24 scholarship offers, but as of this morning he appears to have narrowed his list considerably. Tabor will make official visits to Maryland, Florida, USC, Arizona, and Alabama. Maryland reportedly has the strongest chance of landing Tabor, but he's still seriously considering Alabama and Florida. Arizona and USC are somewhat unexpected choices for the player, as he hadn't registered any previous interest in either program.