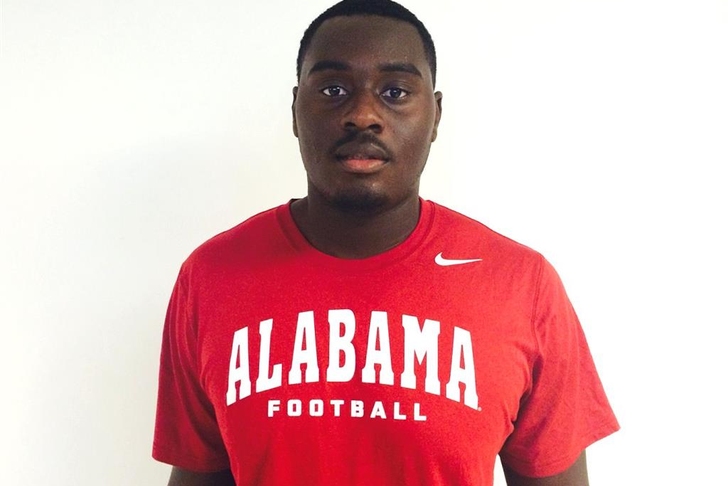 The Alabama Crimson Tide just keep rolling on the recruiting trail. Friday morning, the Tide received a commitment from Maryland offensive tackle Isaiah Prince, the #7 OT in the Class of 2015 and the #1 player in the state of Maryland.

Prince (Eleanor Roosevelt HS, Greenbelt, MD) had been heavily tipped to pick his in-state Terrapins over Alabama, Ohio State and Florida, but he surprised analysts and scouts by choosing the Crimson Tide. After committing, Prince canceled visits to Ohio State and Maryland, effectively shutting down his recruitment. The news was first reported by Ryan Bartow of 247 Sports.

Alabama has the nation's #1 recruiting class this year, and it isn't really close. The Tide have the most five-star commitments (6), the most four-star commitments (15) and the highest average rating out of any recruiting class in the country. If Alabama maintains that ranking through national signing day on February 4 (which looks like the only possible outcome at this point), the Tide will have the nation's top class for the fifth consecutive year.