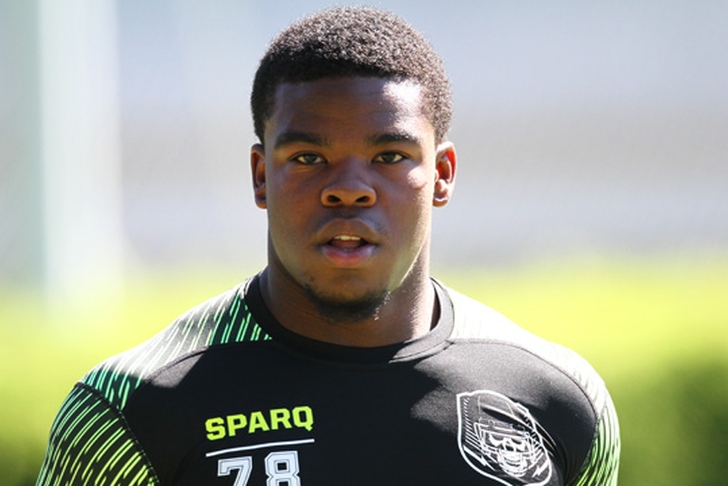 Alabama's crowded backfield just got even more stacked. In a televised assembly at his high school in Berea, KY, 5-Star running back Damien Harris announced his commitment to the Alabama Crimson Tide.

Harris had been strongly linked to Alabama in past days, with a number of recruiting analysts predicting he'd choose the Tide. The #2 running back in the nation and the #1 player in the state of Kentucky, Harris joins an Alabama recruiting class already ranked #1 in the nation.

Four-star RB Desherrius Flowers has already enrolled early, but is still considered part of the same class of 2015. Nick Saban's Crimson Tide squad already has a deep stable of running backs that will include Kenyan Drake, Derrick Henry, Altee Tenpenny, and rising redshirt sophomore Tyren Jones. All were four- or five-star recruits.

Harris originally committed to the University of Michigan in summer 2013, but de-committed the next January. Ohio State quickly emerged as the favorite to land his signature, but Kentucky and Alabama snuck in late in the game to persuade him to stay in SEC country. Harris bonded with Alabama's 2015 recruits at the recent Under Armour All-American game, which several scouts labeled as a major factor in his decision.

Check out Harris' 2015 highlight reel below: