Alabama Football Recruiting: What To Watch For On Signing Day 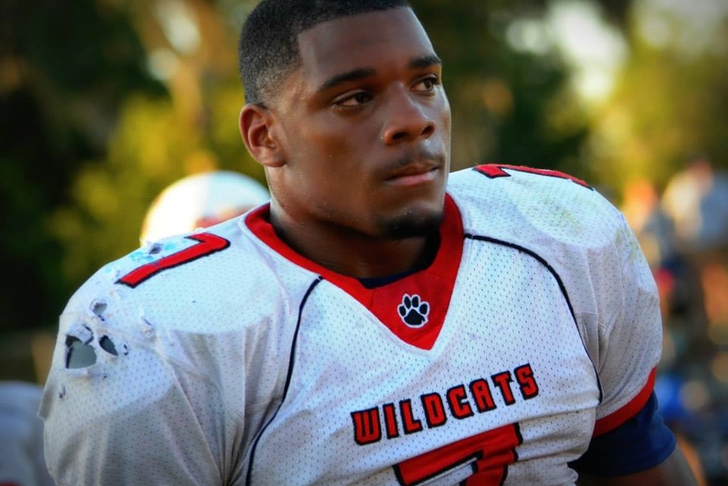 It might be hard to believe for those who aren't tracking Alabama football closely, but Alabama's 2015 recruiting class could get even better before the dust settles on National Signing Day.

The Tide already have the #1 class in the nation, but they've only filled 23 out of the 26 spots they have available. Here's a look at the players still on Alabama's radar, and a breakdown of how confident we are they'll end up in Tuscaloosa:

Jefferson (pictured above) is a beastly defensive end who was already on Alabama's radar as a sophomore in 2012. The #2 DE in the Class of 2015 has offers on the table from nearly every major program in the country, and there's no consensus among recruiting analysts as to where he's most likely to end up. Alabama, Auburn, Ole Miss and FSU are all in the picture, and there have been rumblings that Jefferson is still weighing a number of different options as the clock winds down. Alabama has made him a major priority, though, and it sounds like his in-home visits went superbly.

Currently a Georgia commit, there's still a chance Godwin flips on signing day. While Alabama and Auburn are both in play thanks to late pushes over the past few weeks, the most likely outcome for the speedster remains UGA.

One of the top tackles in the Class of 2015, Richmond is leaning heavily towards Tennessee with Ohio State a distant second. Richmond had visited Alabama in November and de-committed from Ole Miss on Monday, but it sounds like the Tide might be falling out of the race for the 6'5, 310-pound tackle. Richmond decided not to visit Tuscaloosa this past weekend, and a commitment at this point would be a major shock.

Charlot is the #9 WR in the Class of 2015, and Alabama has jumped over former favorites LSU as the most likely destination for the versatile receiver. Les Miles and the Tigers aren't giving up, but Alabama is clearly in pole position at the moment.

Arkansas thought they had Hill locked up a few months ago, but Hill became a high priority for Ohio State's Urban Meyer in recent weeks, and Meyer paid him a personal visit late last month. The Buckeyes are now heavy favorites to land his signature, with Arkansas some way back and Alabama even further behind. With Charlot nearly signed and 5-Star Calvin Ridley already on board, Alabama won't be too crushed if Hill ends up elsewhere.

Prince isn't easy to get a read on - he flipped from Maryland to Alabama last month, but then quickly went back on his word, saying he'd make his final announcement on National Signing Day. At this point, few analysts expect an Alabama commitment, and neither do we.

As things stand, it sounds like Cowart is the most likely addition to Bama's recruiting class, but Jefferson is a very real possibility. Nick Saban has a history of adding big names on signing day, and Jefferson would certainly fit that pattern...stay tuned.