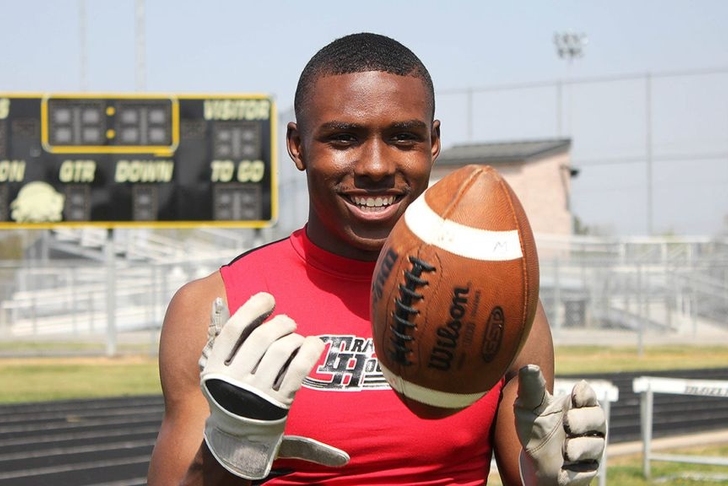 While Payne had been strongly linked to Alabama for some time, Sheffield's commitment came as more of a surprise - while the Crimson Tide were among the frontrunners, Texas A&M had been very confident of securing his signature. 69% of 247 Sports' forecasters had Sheffield going to the Aggies, compared to just 28% of their Crystal Ball forecasters who had him coming to Alabama.

Sheffield is the #3 corner in the Class of 2015 and the #18 overall player in the class, according to 247 Sports. An athletic standout at more than just football, Sheffield will also represent Alabama's Track team - he won Texas state titles in the 110 & 300 meter hurdles. That opportunity - along with Sheffield's relationship with Nick Saban - helped him settle on Alabama over A&M, LSU, and a host of other interested schools.

Don't expect to see Sheffield starting until 2016 at the absolute earliest - as talented as he is, there's just too much depth and experience ahead of him for him to start until a few players graduate. With Alabama's player rotations and tendency to blow out opponents, though, he'll have plenty of chances to see the field and impress in the meantime.