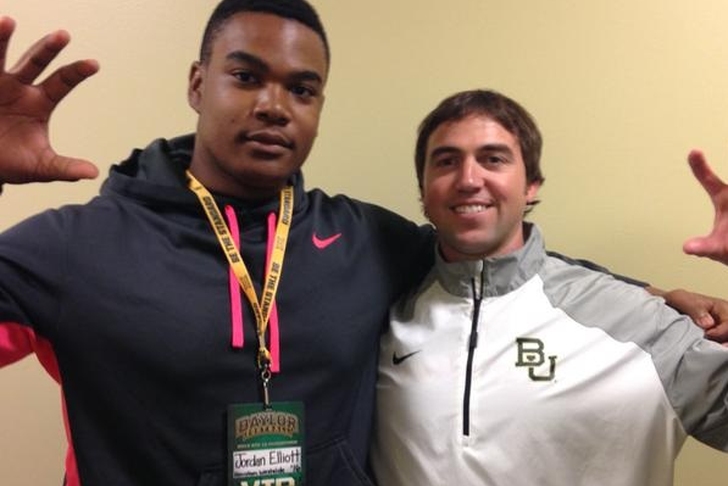 Elliott is a 6'4, 290-lb Class of 2016 bruiser who racked up 78 tackles and 12 sacks as a high school junior. Interest in Elliott was slow to develop, but several schools have quickly started to move in on the Westside HS product. Oklahoma offered around the same time as Alabama, and Elliott already has offers on the table from Washington, Kentucky, California and elsewhere.

Alabama has one DT already committed from the Class of 2016, but that pledge comes from a 3-Star prospect named Raekwon Davis who coaches see as more of a long-term project. The Crimson Tide have prioritized several other 2016 DTs, but their #1 DT target remains New Jersey 5-Star (and #2 overall player) Rashan Gary.

A'Shawn Robinson held down the starting nose tackle job in 2014, but he'll be a junior next season and could head to the NFL early. Brandon Ivory would have been the starter in '14, but he was hampered by injuries as a senior and will be headed for the NFL (likely as a free agent, since his senior season won't do much for his draft stock). Alabama's 3-4 defense only has room for one defensive tackle, but that's a job that'll be up for grabs once Robinson departs.