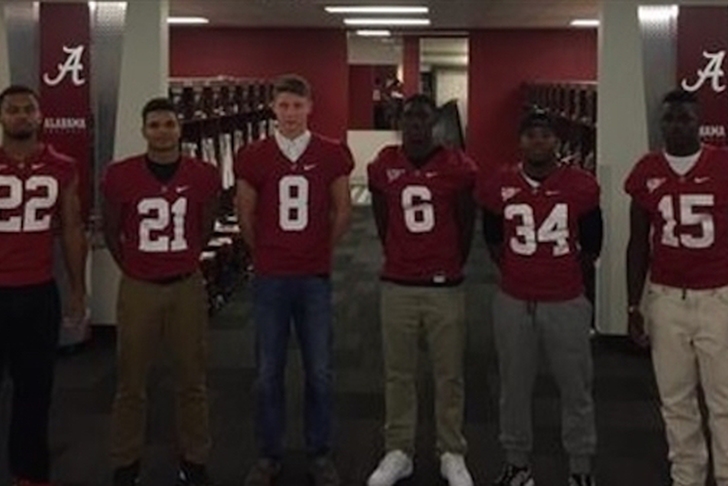 The Alabama Crimson Tide‘s season may have come to a disappointing end in the Sugar Bowl, but there’s plenty to look forward to as Nick Saban and the crew retool and reload for 2015 and beyond on the recruiting trail. Who’s on their way to Tuscaloosa? Who’s still deciding? All this and more in our recruiting roundup:

Alabama landed one of the prizes of the 2015 recruiting class in 5-star WR Calvin Ridley, and they wanted to get him on campus as soon as possible…but news came out earlier this week that Ridley likely won’t enroll early along with several of Alabama’s other 2015 signees.

Word is that academics have been the reason for Ridley – who had been vocal about his desire to get on campus as soon as he could – hitting the brakes. We’re hearing that test scores and related issues with the NCAA clearinghouse have prevented him from getting to Tuscaloosa just yet.

Widely touted as the heir to Amari Cooper, Ridley is ranked as the #1 or #2 wide receiver in the class of 2015 by every recruiting service.

Once his test scores go up and he’s cleared to graduate, Ridley – who has already turned 20 years old – will most likely enroll in the Summer.

WHO DID ENROLL EARLY?

While Ridley wasn't able to enroll this Spring, six freshmen are already on campus for the Tide.