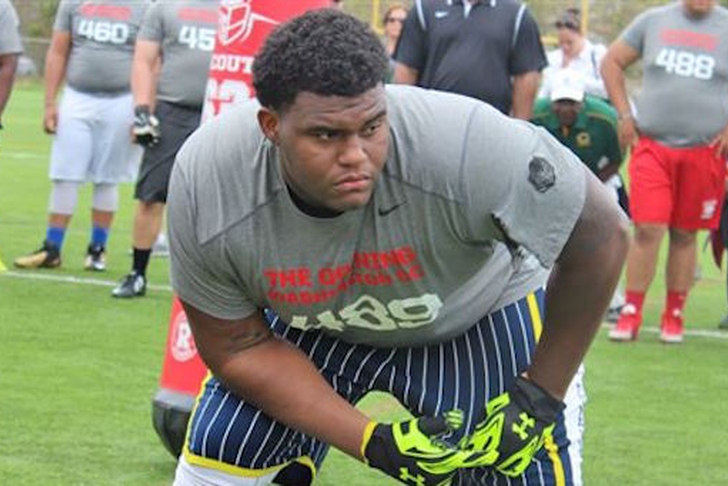 The Alabama Crimson Tide are going hard after four-star offensive guard Terrance Davis (Hyattsville, MD), who is arguably the top interior offensive lineman in the country.

“Good feet, he has some of the best feet of any lineman I’ve ever coached,” his high school (DeMatha) head coach Elijah Brooks told 247sports. “He’s extremely smart. When coaches come in and talk football with him they can see it’s clear why he’s really good. Has a good understanding of the game. He’s a tenacious blocker. That combination of skills makes him attractive to coaches.”

That's because almost all of the top programs in the country to go after the 6'4", 305-pounder, though the Crimson Tide won't like where they're at:

“As of today, there are five schools in the mix,” Brooks said. “Michigan, Maryland, UCLA, Alabama and Florida State would be his five right now. It’s early but he really enjoyed his time with Coach (Jim) Harbaugh and the staff, and really loved that environment so definitely Michigan stands out in front as of today.”

Davis is the No. 4 rated offensive guard in the country, and is the No. 88 player overall.