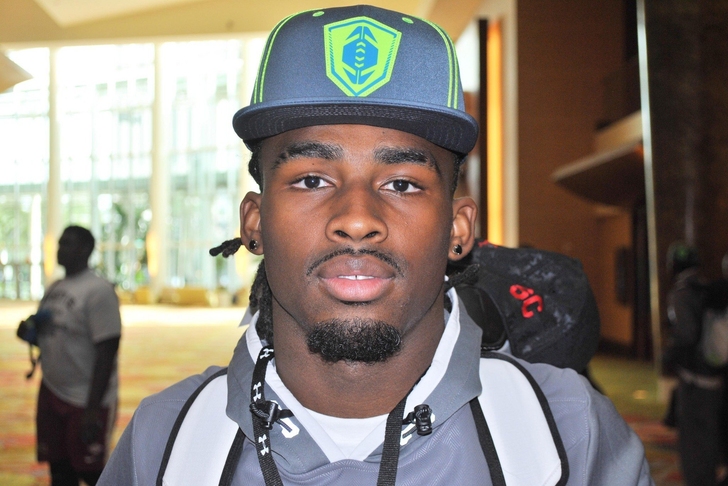 The Alabama Crimson Tide's season may have come to a disappointing end in the Sugar Bowl, but there's plenty to look forward to as Nick Saban and the crew retool and reload for 2015 and beyond on the recruiting trail. Who's on their way to Tuscaloosa? Who's still deciding? All this and more in our Alabama Football Recruiting: Saturday Rumors Roundup.

The Alabama Crimson Tide are all-in on four-star Jackson, GA. defensive tackle Michail Carter, and they aren't afraid to show it.

“Really I’m hearing from Georgia, Alabama, and Georgia Tech. With the firing of the Florida coaches, they kind of detoured a little bit but mostly it is Georgia, Alabama, and Georgia Tech and Clemson, too,” Carter said of his recruitment, via 247Sports. “As of right now I’m focused on high school. When that time comes, it comes, but SEC schools are really opening up to me right now. I’m hearing a lot from SEC schools.”

Carter is impressed by what he's seen so far from the environment in Tuscaloosa.

“I’ve been to Alabama and Georgia this year,” he said. “Those are the only places I’ve been this year and both places were awesome. At Alabama its crazy and I love Georgia’s fans.”

With that in mind, Alabama's coaches have been putting on the full-court press in hopes of getting a commitment.

“Mostly Coach Kirby Smart, the defensive coordinator,” Carter said when asked who's been recruiting him. “I’ve gotten a chance to sit down with Coach Nick Saban in his office. I’ve talked to the recruiters there and Coach Bo Davis.”

Ex-NFL coach Rex Norris, who has spent over 40 years in the coaching game including stop at Oklahoma and with the Chicago Bears, worked with four-star defensive line commite Daron Payne in Florida for the Under Armour All-American Game practices,and he came away majorly impressed with the sixth-ranked defensive lineman (nationally) both from a talent and intangibles standpoint.

“He has been doing a good job and he is getting better everyday," said Norris, via Shane Youngblood of 247Sports. “It’s been a few months since they have done (football activities) and it can be like pulling someone out of the classroom and having them play golf for the first time in a while. There is some technique and once they start doing it, it was easy for him. I’ve had players with his frame. I had Jerry ball and all those guys that played for me. I think that he will go through a little change in a weight program and he will be fine."

Both Payne and five-star defensive back Kendall Sheffield committed to the Tide during Friday's Under Armour game, making for a huge coup for Nick Saban and his staff.

Five-star junior cornerback Shyheim Carter remains solid in his commitment to Alabama regardless of the Tide's 42-35 loss to the Ohio State Buckeyes on Thursday.

“I am still solid (to Alabama)," said Carter, via 247Sports. “It was just the atmosphere there. The environment up there during the games and the people around the team, the team itself and the coaching staff. Being up there for the Auburn game, that was my first experience at the Iron Bowl, it was very exciting."

Carter is Alabama's second commitment for the Class of 2016. While he remains stout in decision to come to Tuscaloosa, he's still willing to listen to what others have to offer.

The six-foot CB is already a physical presence in the secondary, and remains one of Nick Saban's top targets when it comes to reloading the defensive backfield for years to come.