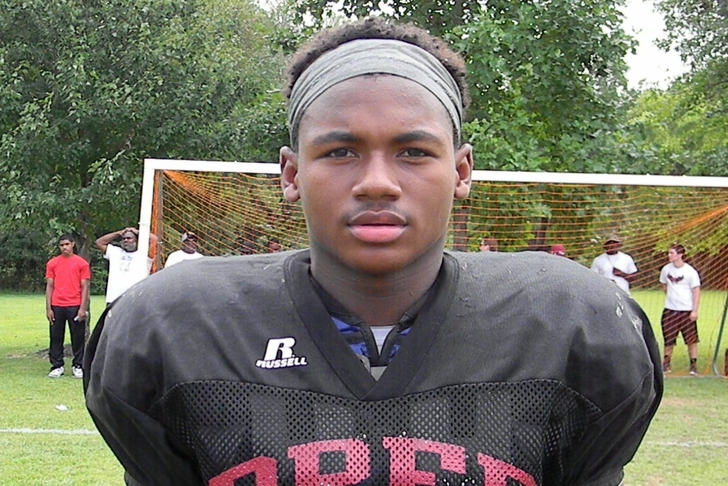 This past season may have ended with a disappointing loss in the Sugar Bowl, but Nick Saban and the Alabama Crimson Tide coaching staff are doing their very best to retool and reload on the recruiting trail to push Bama back over the top in 2015 and beyond.

Who's on their way to Tuscaloosa? Who needs coaxing? Find out in our Alabama Football Recruiting: Rumors Roundup For Saturday 1/17.

Top 2017 running back addresses his offer from Alabama

It's early in his decision-making process, but #1-ranked 2017 running back D'Andre Swift is excited about his recent offer from Alabama.

"The way they play ball, the players make it fun," Swift said. "Looks like a very good program to be a part of, they produce a lot of elite athletes, they are very downhill, seems like a great program all around."

The Philadelphia (PA) St. Joseph's halfback hold early offers from Virginia Tech, Virginia, and Penn State amongst others, with all indications pointing to the Nittany Lions as being Alabama's biggest competition at this time.

Five-star Berea (KY) Madison Southern running back Damien Harris was disappointed to hear that his recruiter, Kevin Steele, had left for LSU to become their defensive coordinator.

However, Harris remains fully on-board as a commit to the University of Alabama.

"I told Coach (Nick) Saban because he asked me about it, I told him I didn’t commit to Coach Steele or him as a person, I committed to the University of Alabama," Harris said. "It would be nice for him to still be there, but I wish him the best. He had to do what's best for his family, but that doesn’t really affect me."

Harris is one of five five-star recruits in Alabama's Class of 2015.