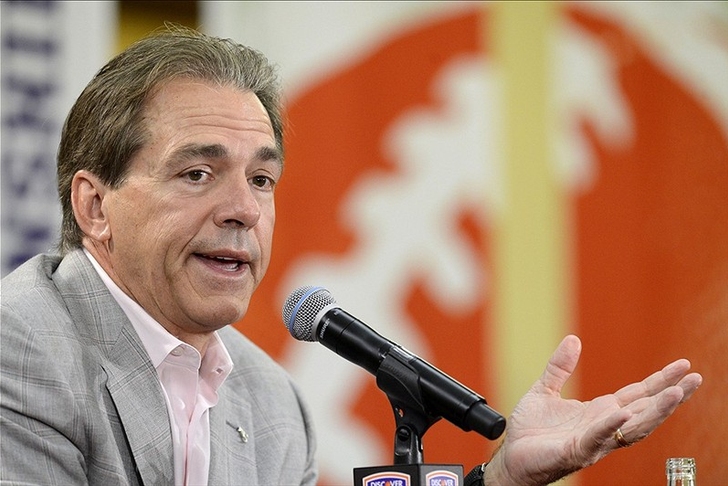 The Alabama Crimson Tide have been very busy on the recruiting trail over the past few days...here's all the latest:

The 3-Star defensive tackle announced that he's de-committing from Alabama on Thursday afternoon.

Moton is the #28 DT in the Class of 2015 (per 247 Sports) and the Louisiana native is now expected to land with Texas A&M. Mississippi State and LSU aren't out of the running yet, but the Aggies look like the leaders at this stage.

Alabama's incredible depth at the DT position likely contributed to Moton's decision, and he won't be a massive loss for a class that already includes the #4 JuCo DT in the country (Jonathan Taylor, already enrolled) and a 5-Star DT widely rated as the best player in his class from the state of Alabama (Daron Payne).

Two wide receivers will visit Alabama this weekend - Terry Godwin is a versatile 5-Star from Hogansville, GA (Callaway) committed to UGA, and Ryan Davis is a 4-Star from Saint Petersburg, FL (Lakewood) getting a lot of attention late. Godwin is a real possibility for the Tide, but Davis is a much less realistic prospect. Davis was leaning heavily towards Florida, but he's been a serious focus for Michigan's Jim Harbaugh in recent days.

We wouldn't expect much out of Davis, but it sounds like Alabama coaches are very confident that they could flip Godwin. After almost getting him to commit last A-Day, they're preparing to go all-out for this weekend's official visit. Stay tuned...

The Tide have made an official scholarship offer to Bethel, a 4-Star DE in the Class of 2016. The Vero Beach, FL native will be very popular in the coming months - Miami, Arkansas and Florida are also in the chase.