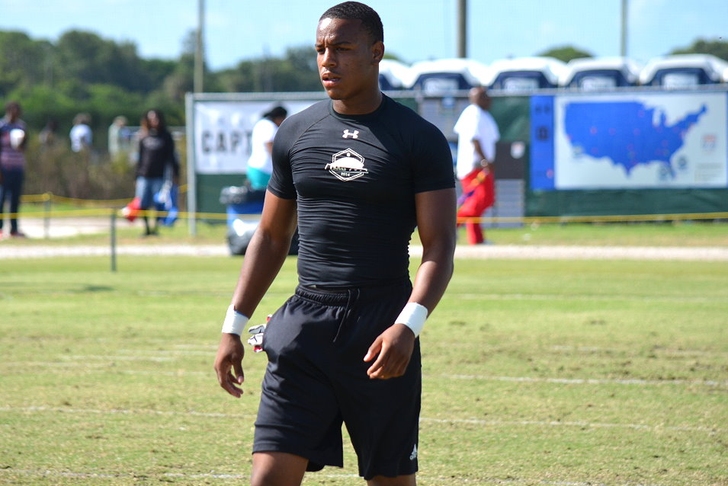 5-Star CB Iman Marshall (Long Beach, CA) remains one of the top prizes left in the Class of 2015, and while Alabama certainly isn't leading the race, they won't go away easily.

Marshall roomed with Alabama QB commit Blake Barnett (Corona, CA) at the Under Armour All-American game a few weeks back, and Barnett took the opportunity to sell Marshall on the Crimson Tide. While Alabama already has two five-star CB commits - #3 overall CB Kendall Fitzpatrick and #5 overall CB Minkah Fitzpatrick - Nick Saban has never been afraid to recruit depth at a position where the Tide are fairly thin (starter Cyrus Jones is a converted WR, and the only other CBs on Alabama's 2014 depth chart were underclassmen). If Barnett can persuade Marshall to leave California (he's leaning heavily towards USC at this point), Alabama will have themselves an immensely talented - if inexperienced - group of cornerbacks.

Barnett is now officially enrolled in classes. His other main recruiting target was 5-star RB Damien Harris, who committed to Alabama on Friday. Crimson Tide fans will be hoping he finds similar success with Marshall.