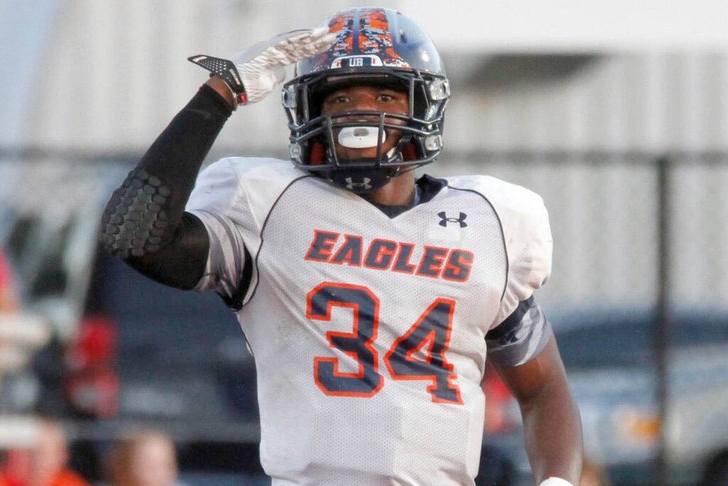 The Alabama Crimson Tide are already well stocked at running back, but their stacked 2015 recruiting class could add another bruiser to the stable Friday.

Damien Harris, the #2 running back in the class of 2015, will announce his decision this coming Friday. Harris, a 5'11, 205-pound RB from Berea, KY, is considering Alabama, Kentucky, and Ohio State. Ohio State is considered the leader at this stage, but Harris' decision is still very much unclear.

The Buckeyes already have a commitment from four-star RB Mike Weber in their incoming 2015 group, but the Tide and Wildcats have four-star RBs in their 2015 recruiting class as well. Desherrius Flowers is already at Alabama, part of Alabama's group of six early enrollees that will start classes this week. Flowers, a local star from Mobile, is the #15 running back in the class of 2015, according to 247 Sports.