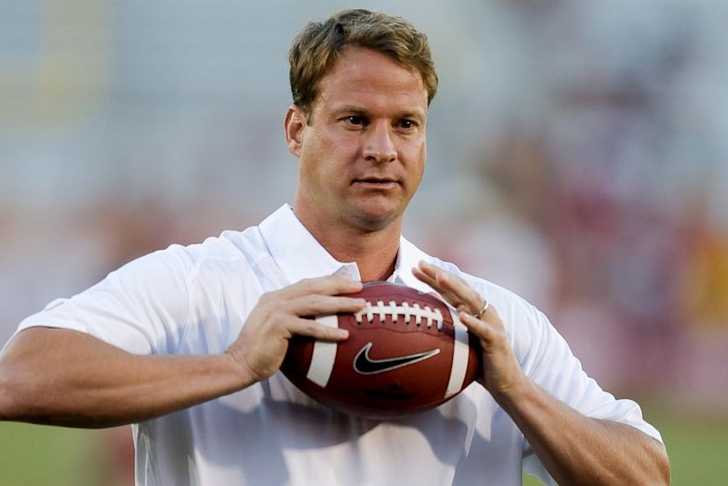 Alabama football has officially confirmed what we suspected for some time - Lane Kiffin will not be joining the San Francisco 49ers, and will remain with the Alabama Crimson Tide in 2015.

Kiffin's Alabama offense ranked 9th out of all FBS teams in offensive yardage and 16th in points per game. Under Kiffin's tutelage, QB Blake Sims ranked 16th out of qualified quarterbacks in passing yards and 7th in QB rating. Star WR Amari Cooper finished second in the nation in receiving yards and touchdowns, and finished third in Heisman voting.

Kiffin has been a constant on the recruiting trail in recent weeks, and rejected overtures from a 49ers team looking to fill its staff with coaches with previous head coaching experience. Kiffin joined Alabama last winter after head coaching positions with the Oakland Raiders, Tennessee Volunteers and USC Trojans.