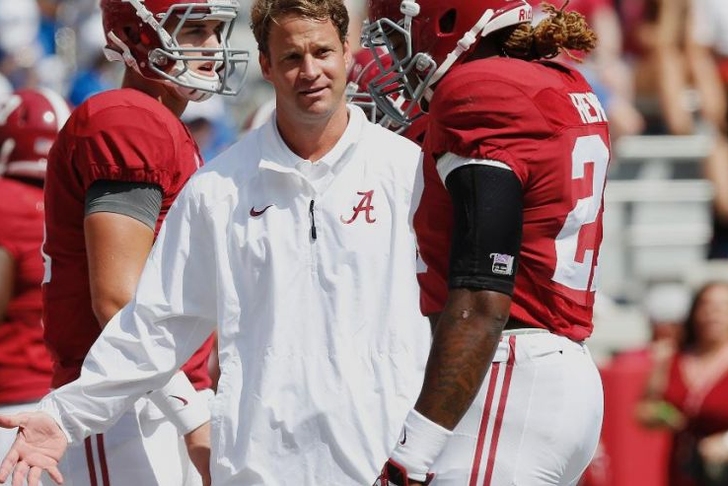 Alabama offensive coordinator Lane Kiffin is reportedly one of the leading candidates for the vacant San Francisco 49ers OC position, according to ESPN's Adam Schefter.

Kiffin is just one year into his tenure with the Crimson Tide, but this wouldn't be the first time he's made a surprisingly quick departure. Kiffin spent just one season as Tennessee's head coach before leaving for USC, and it's no secret that he's one of the most ambitious coaches in the game.

It's impossible to say with 100% certainty what the move would mean for Alabama's 2015 recruiting class, but Kiffin departing likely wouldn't have much of a short-term impact. Kiffin wasn't the primary recruiter for any of Alabama's current Class of 2015 commits - he played a major role in bringing 5-Star QB Blake Barnett to Tuscaloosa, but Barnett has already enrolled in classes and isn't going anywhere.

Kiffin is an excellent recruiter, and his departure certainly wouldn't be a good thing for Alabama...but fortunately, his involvement with the current incoming class has been limited. At this stage, losing offensive line coach Mario Cristobal or DC Kirby Smart (who has been involved in recruiting multiple offensive players) would have much more serious short-term consequences.

After Alabama's Sugar Bowl loss to Ohio State, Kiffin told reporters he'd "definitely" be back in Tuscaloosa next fall...but he made similar comments in his last weeks at Tennessee. Stay tuned to our Alabama and San Francisco 49ers team pages for more on this story as it develops.