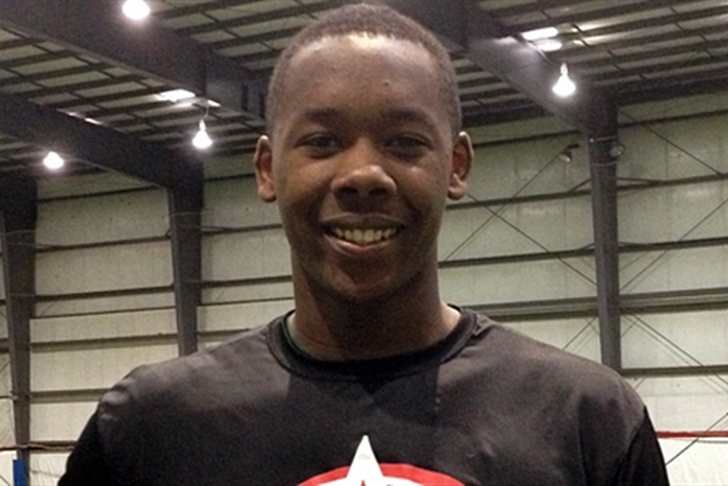 Tyrone Wheatley Jr. is a four-star DE/TE from Manlius, NY (Canisius) who will visit Alabama this coming weekend. Standing 6'6 and weighing in at 260 pounds, there's still some uncertainty about what position he'll play at the college level...but Alabama, USC, Oregon and several other heavy hitters are very interested.

Nick Saban and the Alabama staff are going to do their best with Wheatley, but there isn't much optimism that he'll pick the Crimson Tide when National Signing Day rolls around. A lot of that has to do with his father, who just took a job with Jim Harbaugh's staff at Michigan.

Wheatley Sr. is a former first-round NFL draft pick, and it sounds like while he's happy to let his son see what else is out there, the Wolverines are by far the most likely destination at this point. Alabama is absolutely stacked at the positions that Wheatley plays, and his path to a starting job is significantly clearer at Michigan.

Are the Crimson Tide completely out of the running for Wheatley Jr.? Absolutely not - Nick Saban has proven time and time again that you can never really write off Alabama where recruiting is concerned. Still, we wouldn't get too excited about seeing Wheatley on the Crimson Tide...especially now that his father will be pulling him to Ann Arbor.