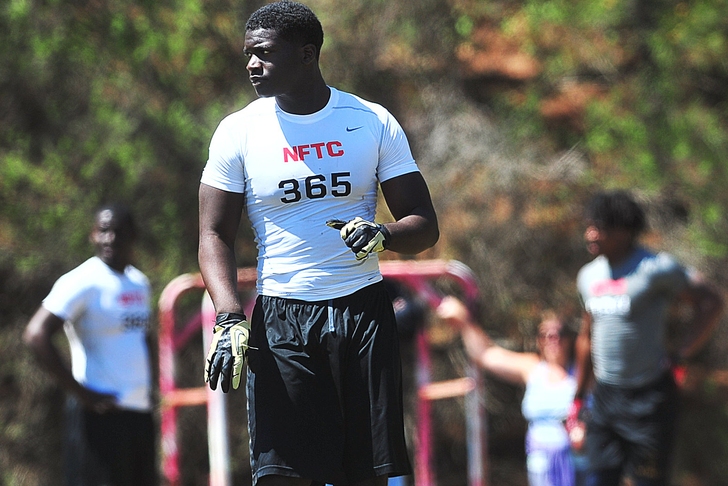 Four-star outside linebacker and Alabama Crimson Tide commit Joshua McMillon is excited to be a part of Bama's plans going forward. In fact, he's doing he best to bring others into the fold.

"I’ve been trying to help Alabama recruit. We have a strong bond with the commitments and guys like me and Blake (Barnett) and Adonis (Thomas) we stay in contact with all the guys. When we are together we all hang out. It’s really like we are already at ‘Bama and on the same team,” McMillon said. “Damien Harris is a good friend of mine. We met at the Opening and have been close very since. We talk and hung out a lot in Orlando. I told him before he made his decision to do what was in his heart but I could tell he wanted to go to Alabama.

“All the commitments talk about how we are going to create our own legacy, our own dynasty. Every great team starts with recruits and we have a great class,” McMillon added. “We can do something special at Alabama and that is saying a lot considering how well they have done. I just want to be one of those leaders in this class that paves the way again.”

Ranked as the #15 outside linebacker in the Class of 2015 by 247Sports, McMillon has been progressing well after tearing his ACL during Memphis-Whitehaven's opening playoff victory.

“Rehab is going fine and I’m staying patient not trying to push too hard but its went well so far,” McMillon said. “I’m feeling a lot better with my range of motion improving and I’m already walking. I’m anxious to start running and the doctor said it will probably be two more months but he said I’m doing great so far."

Regardless of the challenges that have come his way, McMillon is convinced that Tuscaloosa is the place for him.

“I’m solid in my commitment," McMillon asserted. "Alabama is the place for me. It’s the perfect place for me to grow as a person and player. I’m looking forward to practice every day where I know I will go against the best over and over because Alabama only recruits the best players. That’s a huge benefit for and every other player and I think a great fit.”

Follow our Alabama Crimson Tide team page for the latest from the world of Alabama football recruiting!