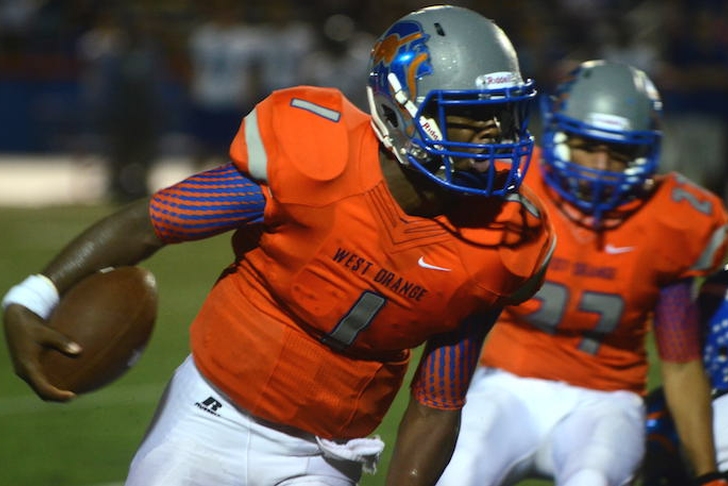 The Alabama Crimson Tide are one of the favorites to land four-star quarterback Woody Barrett (Orlando, FL), according to his high school coach Bob Head.

“I think Woody has basically narrowed it down to about four or five schools,” Head told 247Sports. “Alabama and Auburn being the leaders right now. Just the way the recruiting has gone on; he’s really excited about both those schools.

“Woody is looking for the best offense for him. (Lane Kiffin) thinks the way their offense has changed, with how (Blake) Sims played this past year and how his legs really helped bail him out of trouble, he thinks Woody can fit into that scheme. He can run it and then turn around and evade a lot of pressure; as well as hold up in the SEC. Right now Woody is a junior, and is 225 pounds. He has the frame to really take hits, as well as inflict them. He’s a tough kid, and that’s one thing they really like.”