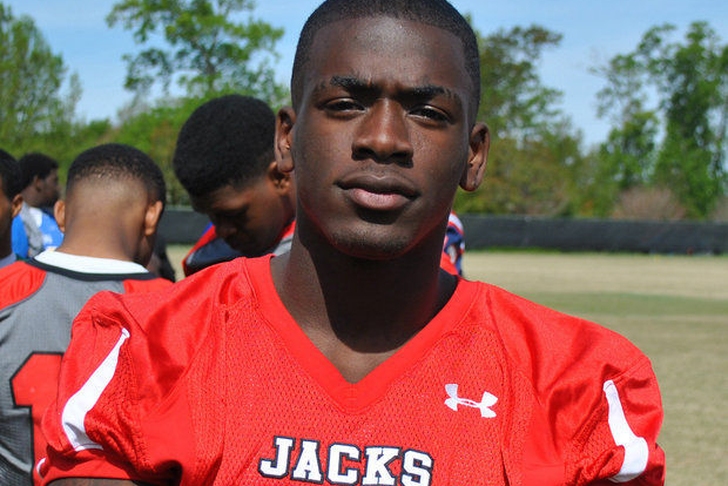 The Alabama Crimson Tide already have the #1 incoming recruiting class, but Nick Saban and company aren't done yet. The Tide have their sights set on a four-star Louisiana WR who started out as an Alabama pledge, and it sounds like they're making some significant progress.

Daylor Charlot is a four-star WR from Patterson, LA, but the Tide aren't letting his closeness to Tiger country stop them from turning up the heat. Charlot will visit the Crimson Tide this coming weekend (January 16), and it sounds like a re-commitment to the Tide is very possible.

Charlot originally committed to Alabama in Feburary 2014 shortly after being offered, but heavy recruiting from Les Miles convinced him to de-commit in early December while on a visit to LSU.

The Tide have just one wide receiver in their current class of 2015 - 5-star Calvin Ridley. Four-star ATH commit Shawn Burgess-Becker played some WR in high school, but his future lies at safety.

Charlot will also visit the Miami Hurricanes before he officially signs, and it sounds like Charlot will remain undecided up until national signing day on February 4.